by Emmy Griffiths Published on 7 May 2015 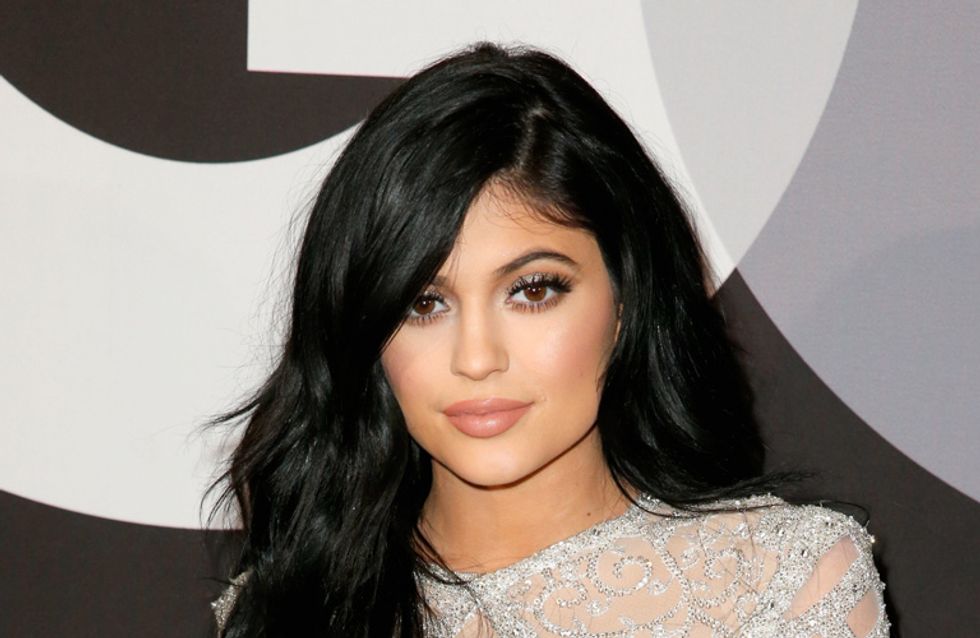 Kylie Jenner has just revealed in an upcoming clip for Keeping Up with the Kardashians that she has in fact had her lips surgically plumped. As you are all probably well aware, the Internet exploded. A girl from a reality TV show lips are trending all over the world. Read that again. SOME RANDOM GIRLS LIPS ARE NEWSWORTHY.

Honestly, we don’t care whether Kylie Jenner does or does not have lip implants. We’ve never met her. We don’t know her. Sure we follow her on Instagram, along with her other 22 million followers, and yeah, her posts tend to be perfectly photoshopped selfies showing off her plump pout but her, or rather Khloe Kardashian’s revelation that Kylie’s lips have been surgically altered is hardly a surprise, so how was it shocking to ANYONE when this clip was released?!

What we do find kind of sad is how most people have reacted to the MIND BLOWING news. At just one glance of top stories about Kylie on Twitter the results come rolling in: “Kylie Jenner FINALLY comes clean”, “Kylie Jenner finally admits her lips aren’t all real”, “Kylie Jenner admits to getting lip fillers”.

Why are these media outlets using words like ‘admitting’ and ‘coming clean’? It makes it sound like the young reality TV show star has something to be ashamed about, when shouldn’t she really do whatever the hell she likes with her own body and face, and doesn’t she have the right to tell people that it was none of their damn business?!

In the clip, Kylie looks visibly shaken and worried when she tells her sister and friends about how a reporter asked about her lips. She said: “My heart literally dropped.”

Why, WHY are we digging for the truth from a 17-year-old who is faced with intense media scrutiny every day and was unhappy with the way she looked, especially since it’s the media that projects this image of a perfect woman in the first place? To be the definition of hot, according to the mags, you need the follow: banging curves, big eyes, plump lips and an airbrush of makeup, followed up by intense photoshopping.

So Kylie tries to find this perfection by altering the way she looks, which is sad enough in itself as she is only 17-years-old and shouldn’t want to be changing the way she looks so she can feel good about herself, then the media turn around and declare she tells ALL about what she’s done to push herself closer to that impossible standard they set?!

It is really any wonder she’s been skirting around the truth?