Pop star Lily Allen retired from the music industry in 2009 to be a full-time mum, but things didn’t work out exactly the way she’d hoped. The singer has recently stated in an interview that she got bored very easily staying at home with the kids and felt unfilled as a housewife, cueing her return to music.

Lily Allen has recently made a return to music with her hits singles Hard Out Here and Somewhere Only We Know, but apparently the star wouldn’t have gone back to music at all if she hadn’t found being a stay-at-home mum a dull affair.

The 28-year-old singer was chatting to France’s NRJ radio and said: “Why did I choose to come back? I ran out of money! No, I’m joking! I thought I’d be a really happy mum just sitting at home, playing with my kids. That was my dream. 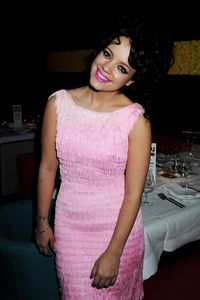 “I love my children, but I’m a very impatient, busy person naturally so two babies, neither of them can talk, it was quite boring! Staying at home all day talking to people that can’t talk back.”

Sounds like a dream come true for us! But the Smile singer couldn’t hack taking care of the kids without doing something else to fill the hours, especially as she said she needed more of a creative outlet.

She continued: “I didn’t realise how much of a creative person I am and that I need somewhere to put my creativity.”

Motherhood has changed Lily though, as she said that she is now conscious that her children will hear her songs so she tries not to embarrass them with her lyrics.

She said: “When I write music now I’m conscious that I have two children and they’re going to hear it. I can’t be too sexy or gross or rude because that would be embarrassing for them. It’s a different kind of me, but there are still the same elements.”

Hmm, didn’t she just released a music video dancing in front of inflatables that say: “Lily Allen has a baggy pu**y”? Just saying.

Are you a stay at home mum? What do you think of Lily’s confession? Tweet us @sofeminineUK