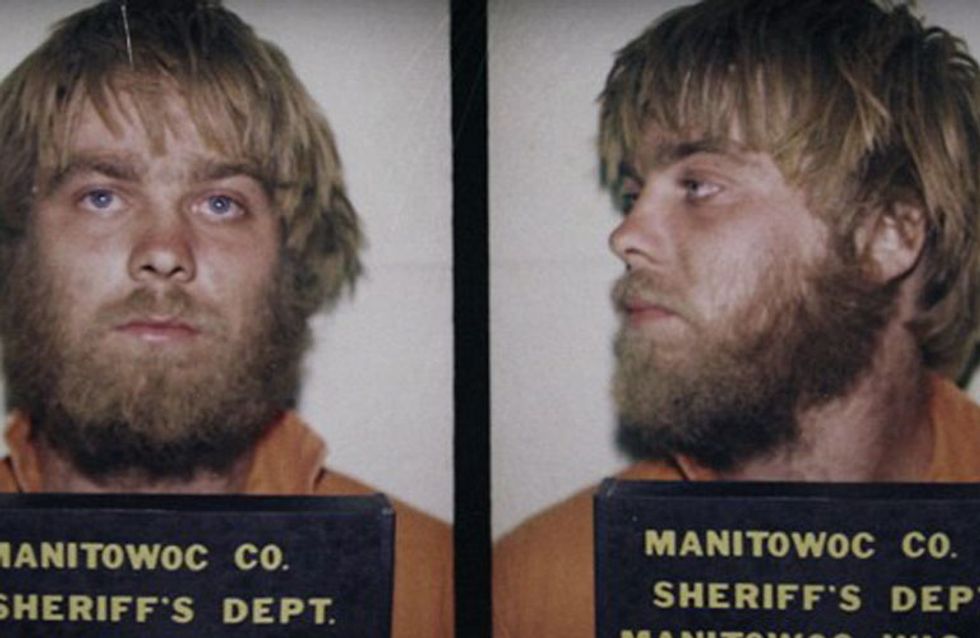 Steven Avery has been one helluva talking point recently. The events in the documentary Making A Murderer, which follows Steve as he is released from prison following an 18-year false imprisonment sentence only to be arrested for the murder of Teresa Halbech less than two years later has sparked outrage among it's viewers, who are determined to see Steven released from prison. But what if he actually did do it, as the evidence suggests?

When I first watched Making a Murderer, for the first five episodes I was filled with outrage and fury at how this man had been treated in his life. An artist drew the perfect image of him from a mugshot that he happened to have access to in order to incriminate him. Another man confessed to Steven's supposed crime and was ignored. The victim mistakenly picked him from a lineup as the only man who looked somewhat similar to the actual criminal responsible. He was jailed for a crime he didn't commit for 18 years, and that is enough to get someone's blood boiling.

But it doesn't automatically make him an innocent man.

I still can't make up my mind about it because yes, the case against Steven Avery after he was charged for the murder of Teresa Halbech was extremely questionable. The key and the bullet fragments were found in his home days after searching, and by the Sheriff's department Steve just happened to be suing at the time. They never should have been there. A deputy may have found Teresa's car two days before it was officially reported found in Steve's Auto Salvage. Searches of Steve's home were not correctly logged, suggesting that someone could sneak in unattended and plant evidence. A sample of Steve's blood was stolen from his file. There are layers upon layers of corruption, it's undeniable.

But then there's the rest of it. The things the police couldn't have framed. The evidence left out of the documentary. If you were to discount every shred of evidence that could have somehow been planted by police, you're still left with seriously dodgy bits of evidence...

One of the shakiest parts of the defence's argument throughout Steve's trial was that Teresa's bones could have been collected and placed into Steve's burn pit, even though Steve admitted to holding a bonfire on the night of Teresa's murder. It's a pretty major coincidence, especially as the expert they called in to examine this seemed to strongly feel the bones had not been moved. I don't know about you, but it seemed like this argument was clutching at straws, trying and failing to create reasonable doubt.

Say this has all been one huge set-up. Say Steven Avery really didn't kill Teresa, and all of this has been planted against him to once again send him to prison. This would mean that someone would have had to kill Teresa after she went missing who knew of the police's animosity towards Steve, who would have driven her car to the lot with no one noticing, who would have deposited her remains in Steve's burn pit without anyone seeing and who would have removed any trace of themselves on her vehicle. All while the police were searching for her and zeroing in on Steve.

Sure, Brendan Dassey's confession seems very much coerced. He only admitted to what he had done after the investigators reassured him that they would protect him, and as he has repeatedly said afterwards, he only said what they wanted to hear. But then, and here's the odd thing, he told his mother the same story over the phone. She wasn't forcing him to tell her a murder confession, was she? Why would Brendan tell his mother he had done those things?

Steve was the last person to see Teresa Halbech alive

No one saw her after she allegedly left Steve's Auto Salvage. Not one person saw her or her car. This would mean Teresa would have been intercepted almost immediately after leaving Steve's home. Once again, if Steve is truly innocent then these coincidences are baffling.

As I said, Brendan Dassey's confession was messed up. Undeniably, horribly twisted. He was basically served on a platter by his OWN defense team. But that doesn't explain why he would have told his 15-year-old cousin the exact same story about the murder. When put on the stand, Kayla claimed that "he didn't tell me anything ... I kind of made up the statement and I'm sorry", but the details were the same as what Brendan had told the police, meaning that she would've had to have known his statement somehow to have made her statement.

According to Ken Kratz, who sent a list to The Wrap, Steve Avery had called the Auto Trader magazine to ask for Teresa specifically, a point that was missed out of the documentary. Obviously this doesn't prove anything, he could have just worked well with her, but he has never indicated that he had any sort of rapport with her.

According to Kratz: "While in prison, Avery told another inmate of his intent to build a “torture chamber” so he could rape, torture and kill young women when he was released. He even drew a diagram. Another inmate was told by Avery that the way to get rid of a body is to “burn it”…heat destroys DNA." Of course they could be lying, and once again just because Steve said those things it doesn't make him guilty, but it's still a worrying sign, particularly after a girl goes missing on his property.

Steve called Teresa's phone with a hidden number twice, then again AFTER she arrived at the property

Apparently Steve called Teresa's phone three times on the day of her disappearance. The first two he withheld his number, while the third call was at 4:35pm and was not withheld. This gave the prosecution the idea that he wanted to make it look like Teresa hadn't shown up, and he was calling to chase her up.

Leg irons and handcuffs were found in Steve's home

Brendan claimed Teresa was chained the bed, and according to On Milwaukee, indeed leg irons and handcuffs were found in Steve's home. Steve claims he bought them, saying: "I bought them. I wanted to try out something different with Jodi [his girlfriend]."

Steve's DNA was found on the hood of Teresa's car

Not from his blood, but his sweat. On Milwaukee wrote that: "A state analyst determined blood from the car and dried perspiration on the car key matched Steven Avery's DNA."

On the night of Teresa's disappearance, apparently Brendan's mother "mentioned that her son had stained his pants while helping his uncle clean his garage floor around Halloween." Right...

As much as I wish he was innocent, some pieces of evidence simply can't be avoided, particularly when you see the big picture. I don't want to assume Steve's guilt, but I am by no means determined he is innocent either. As Sarah Koenig once said of Adnan Syed in Serial, Steve Avery would have to be the unluckiest man in the world for this amount of evidence to amount against him.

Do you think he did it? Tweet us @sofeminineUK.