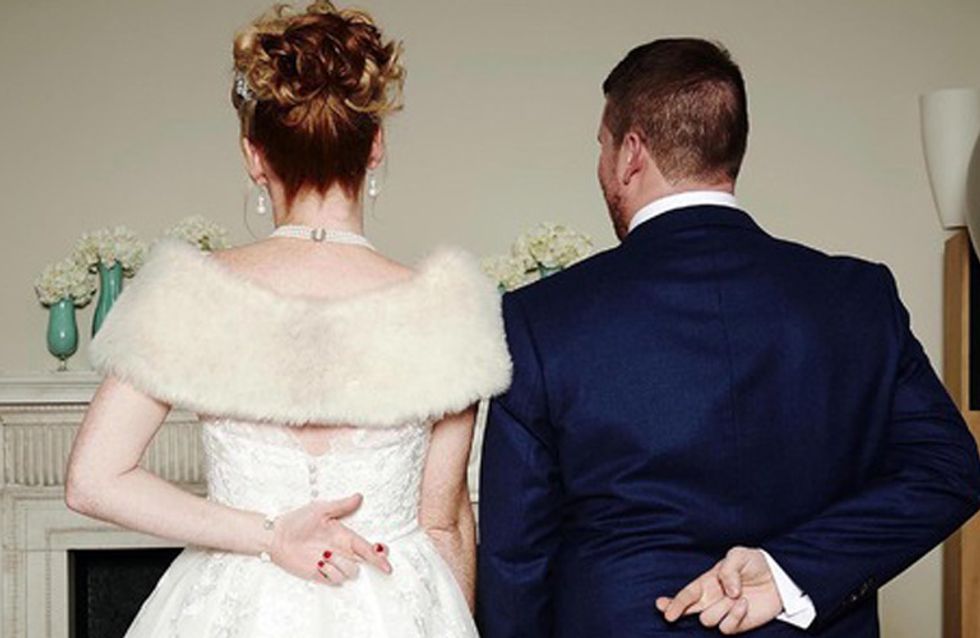 Forget 'Say Yes to the Dress' or 'Don’t Tell The Bride', there’s a whole new show you are about the get addicted to that raises the bar in terms of crazy marriages. 'Married at First Sight' follows five couples who immediately marry after just meeting each other, then follows their lives to see if they will stay together. Sounds crazy, right? That’s because IT IS.

According to Digital Spy, over 1,500 people applied to take part in the series, because apparently going through with an arranged marriage on the air sounds appealing to some people, then the show will follow the lives of the five couples who got hitched to find out if the relationships last or go down in flames.

The interview selection for the show included interviews, background checks, personality questionnaires and workshops in order to create strong matches in personality.

Although this is a new show in the UK, it has already completed two seasons in Australia. Check out what to expect from the Australian trailer:

The show is focused on proving that personality matchmaking and arranged marriages actually work, with makers of the programme claiming that the relationships on the show are “hundreds of times more like” to succeed that your run-of-the-mill marrying for love.

“This particular approach will pick a partner for you better than you can, better than your friends and family can, certainly better than dating websites can. You can imagine a system where you can access the data…and see what your compatibility score is.”

We have to say we're a little dubious about the whole idea, but definitely intrigued to watch the show when it debuts on July 9th on Channel 4. Will you be watching? Tweet us @sofeminineUK!

Women Are Standing Up To Makeup Shaming And It's Brilliant

Bronde Hair: The New Hair Colour Celebs Are Crazy For