Melissa Joan Hart reveals she hooked up with Ryan Reynolds

by Vivian KELLY Published on 11 October 2013 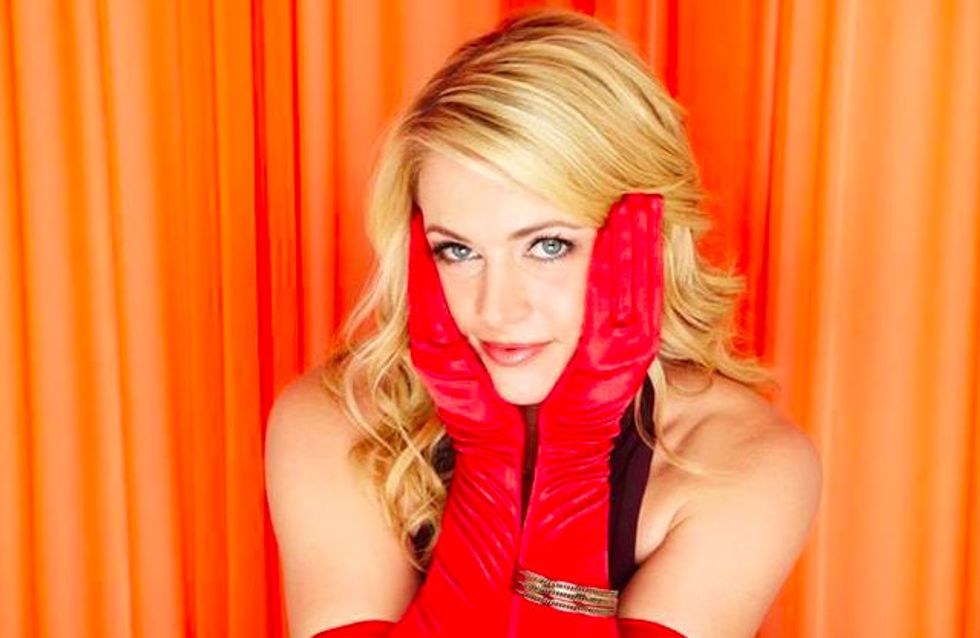 Talk about letting it all out. In Melissa Joan Hart’s new book she reveals some rather juicy details about a snogging session she had with Ryan Reynolds when she was 19. And apparently his now-wife Blake Lively is getting man advice from her too!

Melissa Joan Hart isn’t hiding any secrets in her new tell-all memoir, Melissa Explains It All: Tales from My Abnormally Normal Life.

She openly discusses lesbian hook-ups, drug abuse, and a her kissing sessions with the ‘Sexiest Man Alive’, Ryan Reynolds.

Melissa was keen to share her experiences with Hollywood A-listers including Ryan Reynolds, Ashton Kutcher and Jerry O'Connell (whom she dubbed as a “man whore”!).

And luckily for us, Melissa let a tidbit slip about her steamy make-out session with Ryan while speaking to People.com.

The TV star said: "It came out that Blake didn't know that Ryan and I had a make-out session when I was 19."

"She did know, actually. She reached out to me via email to help her with a birthday present for Ryan!"

Her book wasn't all about making a perfect image for herself - the star is definitely letting everything hang out for this one.

She said: "I expected that – people think it's a tell-all, but it's not...I wasn't going to write a book and leave out my mistakes. I'm going to include everything. Some chapters are heartwarming, some are silly. I meant for it and wanted it to be mostly funny."

Melissa stars in the sitcom Melissa & Joey where she plays the character Melissa Burke, but the actress is famously known for the successful 90s show, Sabrina, The Teenage Witch.

Earlier this year she said to People.com: "I've led a very blessed life and that’s reflected in the book. It's very honest – there are shoutouts to everyone who has molded my life, both good and bad. I'm excited to see what people think.”

But Melissa has noticed the media's take from her book and set out to put the record straight.

She spoke out to fans to warn them against twisted stories, suggesting people are getting the wrong idea (particularly journalists) behind the new book.

She tweeted: "Whatever you may read about me these next few weeks, keep in mind the outlet that is reporting. Also remember, I was 20 when Sabrina started! I'm cracking up right now at how ridiculously wrong some 'journalists' can get a story.

"For the record, I'm not denying my mistakes; I wrote it in my book. But the details have been messed with! And by the way, my 'party life' is one chapter in a book about my entire life."

The book is due for release at the end of this month.