Made In Chelsea star Andy Jordan was devastated when it turned out to be true that his on-off girlfriend Louise Thompson had slept with another man – who was rumoured to be none other than One Direction star Niall Horan – and now the cheated-on reality is supposedly plotting his revenge. Which will involve pop star Rita Ora (doesn’t Andy know that Rita is currently seeing DJ Calvin Harris?!)

Fans watched as Andy Jordan’s heart was broken into a million little pieces as it was revealed on Made In Chelsea that Louise Thompson had indeed cheated on him.

The secret-lover was rumoured to be a certain blonde One Directioner **cough Niall Horan cough** and so now the MIC star is keen to get his own back by hooking up with a female popstar in retaliation.

Andy has said he fancies the pants off super busy singer Rita Ora, but she’s currently off the market as she’s dating and all loved-up with Scottish DJ and charttopper Calvin Harris.

It doesn’t look like this is getting in the way of Andy’s lust though, which isn’t surprising seeing as he did doggedly pursue Louise while she was with Spencer, waiting on the side lines until she was single.

But really Andy, the last thing we need is ANOTHER love triangle!

A source told The Mirror: “Andy was really hurt by Louise. Now he’s got his heart set on dating Rita Ora. He thinks she’s beautiful and talented.”

Meanwhile Louise is said to be pretty upset that Andy’s been trying to get public sympathy by branding her as a cheater, especially as all the while he’s been secretly bedding other women.

She also slammed her ex-boyfriend for his recent interview where he claimed that his life had been “ripped apart” by her one night stand with another man.

Andy told Now magazine: “It’s embarrassing. I’m having my life ripped up on camera and I can’t take any more public humiliation.

“I confronted her and demanded to know if she’d had sex with him when we were going out. She still swears nothing happened that first time.

“But knowing her as I do, I can’t help but think she probably did. You see, she’s very good at lying. I guess, looking at it, she wasn’t a good girlfriend for the eight months we were together.”

Although it’s since been deleted, following the interview Louise harshly wrote on Twitter: “Wow getting a lot of google alerts. Looks like Andy simply sees dollar signs and tries to sell a story about something he is deluded about.”

It certainly looks like this pair are not going to kiss and make up anytime soon. Oh and Louise – probably best not to let the world know you have set up a Google alert for yourself, as it makes you look pretty self-obsessed,

What do you make of the whole Andy and Louise situation? Tweet us @SofeminineUK. 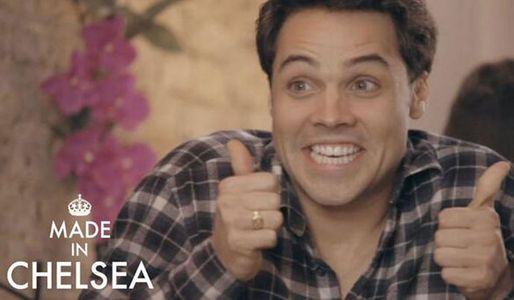