by the editorial team Published on 11 December 2013 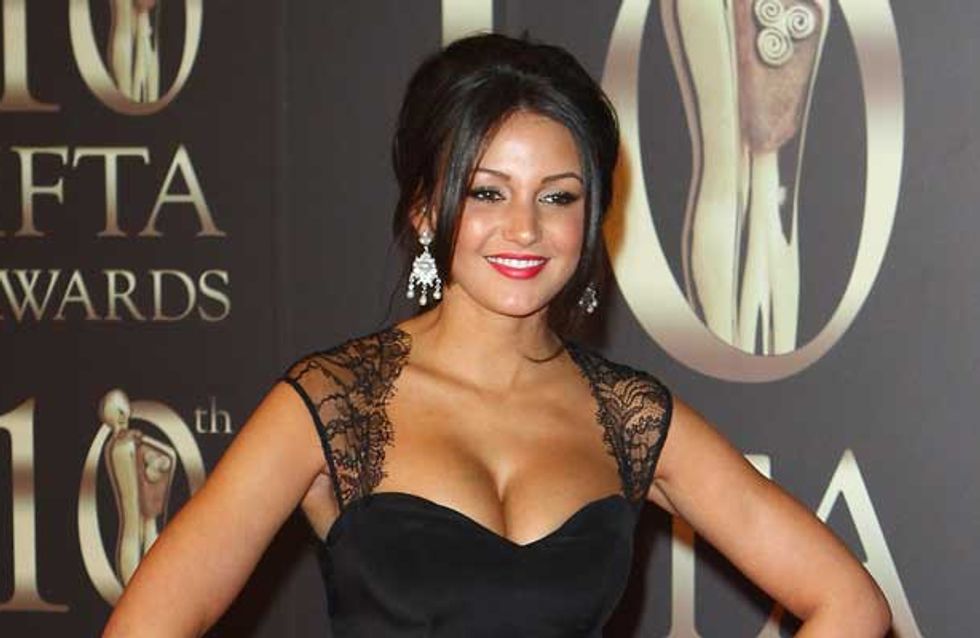 Coronation Street fans were undeniably distraught to find out that Michelle Keegan was leaving the show after seven years, after the soap star got engaged to former TOWIE hunk Mark Wright. But there’s further upset in store for Corrie viewers, as apparently there’s no chance of Tina McIntyre ever returning to the Rovers Return as she’s set to be killed off in a gripping ‘whodunit’ soap storyline.

When Michelle Keegan announced she was leaving Coronation Street after seven years on the show, fans were understandably a little upset.

The 26-year-old is busily planning her wedding to former The Only Way Is Essex heartthrob Mark Wright, but it was thought that there was a possibility of Michelle one day returning to Weatherfield to pull pints in the Rovers Return.

So it’s now come as a further blow to find out that soap bosses are in fact going to kill off Michelle’s character Tina McIntyre in a gripping edge-of-your-seat ‘whodunit’ soap storyline (we have to admit that we love those!).

Corrie producer Stuart Blackburn admitted to Heat Magazine: “Originally the plan was to leave the door open for her [to come back], but the writers came up with an amazing storyline that was too good to resist.

“Coronation Street will always go with the best storyline option, it’s what we do best.”

Now Michelle – who has won 'Sexiest Female' at the British Soap Awards for the past 5 years in a row – has lifted the lid on her dramatic exit from the show.

She told Now Magazine: “I feel a bit sorry for Tina. She hasn’t had a very good life has she? Her dad died, she had to give her baby away and now she’s going to be killed too.”

“Plus, I want to go out with a bang, rather than just drive off waving in the back of a taxi.”

But before she gets written out, there’s still some exciting scenes coming up for soap beauty Michelle.

Michelle reveals: “Tina has a little affair with Chris Gascoyne’s character Peter Barlow. Mark hasn’t seen us snog yet, but he doesn’t care – he knows its part of the job.

“I’ve always been a fan of Chris so the chance to work with him before I go is great.”

Sadly for all the other male stars of Corrie, it looks unlikely that they’ll get the chance to lock lips with Tina before her dramatic death scene!

How do you feel about Michelle Keegan leaving Coronation Street? Tweet us @sofeminineUK!