Olly Murs might not be presenting The Xtra Factor opposite Caroline Flack next year, but don’t worry Olly fans, as rumour has it he’s been lined up to replace Gary Barlow on the judging panel! It’ll be a complete role reversal for the cheeky Essex chappy, as not too long ago he was the one performing in front of the panel for a shot at winning the hit ITV talent show.

Congratulations to Olly Murs, as reportedly the singer - who's had a secret girlfriend for the past year - is in line for a job promotion.

Word is that The Heart Skips A Beat singer might be Gary Barlow’s replacement on judging panel, as the Take That star is due to leave the show at the end of the 2013 series of The X Factor.

We think it couldn’t happen to a nicer guy. Although it will be a bit weird for Olly as it wasn’t that long ago that he was auditioning for the show himself!

Although the 29-year lost out to Joe McElderry in the final four years ago, he’s been the most successful contestant from that series, going on to release four studio albums and landing the presenting gig on The Xtra Factor.

According to reports show bosses are hoping that Olly will “freshen things up” for the next series and seeing as he’s already a fan favourite, he’s the obvious choice for the role.

An insider told the Daily Mirror: “We’d love to get Olly back as a young judge to freshen things up. He can relate to the other singers like no one else.

“Crucially, boss Simon Cowell is on good terms with Olly so if he can fit auditions around his career we think he would be perfect. Olly is a front runner.”

I'll be on @TheXFactor tomorrow night watching the groups with GAZZA B!! Proper Enjoyed it... But was tough!! pic.twitter.com/mv6EXqRz5i

Olly recently impressed X Factor bosses when Gary brought him in as a guest mentor at the Judge’s House stage of the competition, helping the father-of-three to pick his top three bands.

The episode saw Kingsland Road bravely audition with Olly's hit Dance With Me.

After their energetic performance, the former X Factor star said: “They over egged it a little too much, but they've got great voices. The middle one, too good, in fact he shouldn't have sung my song!”

It’s not definite whether or not Olly will end up taking Gary’s place on the show, but just a fortnight ago the singer admitted: “I’m always in it... I’m always around so, yes, maybe one day I will be a judge.”

Do you think Olly should be on the judging panel of The X Factor 2014? Tweet us what you think @SofeminineUK. 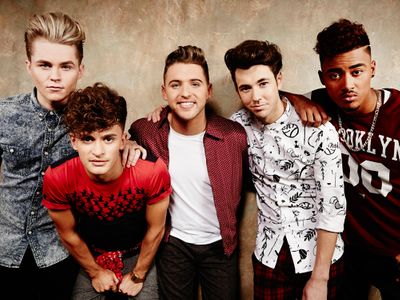 Revealed: Olly Murs' secret girlfriend of more than a year

by the editorial team
+
All the news about Olly Murs