Orlando Bloom opens up about heartbreaking split with Miranda Kerr

Orlando Bloom has opened up about his marriage split from Miranda Kerr. The couple began dating in 2007 and were secretly hitched three years later; however the two decided to call it quits and announced their plans to divorce last week. In the interview, Orlando chats about what sounds like an extremely amicable break up. No hard feelings then?

Orlando Bloom has spoke candidly in an interview about his split from wife Miranda Kerr.

Chatting to Katie Couric about his current role in Romeo and Juliet (do we really need to tell you who the dreamboat is playing?) the Lord of the Rings actor was questioned about the divorce and opened up after pulling a little sad face to the audience. Oh Orlando!

The 36-year-old was frank about the demise of the relationship and cordial to his wife of three years.

It doesn’t sound like there’s going to be any custody wars or unkind words exchanged, as Orlando spoke about their determination not to let their separation affect their son, two-year-old Flynn.

“We love each other. We’re a family. We’re going to be in each other’s lives for the rest of our lives,” says the Pirates of the Caribbean actor.

“There’s no question, for the sake of our son and everything else, we’re going to support one another and love each other as parents to Flynn.”

The couple certainly are putting on a united front in the face of their break up – juxtaposition perhaps, but still – they were seen a few days after the announcement of their divorce, taking Flynn for a walk and an ice cream whilst being snapped.

The couple certainly do seem to be going about the divorce maturely, as Orlando said: “Life sometimes doesn’t work out exactly as we plan or hope for, but fortunately we’re adults. I’m 36 now, she’s 30 and we’re professionals and we love and care about each other and we most of all love our son.”

Although the Brit actor stayed resolutely silent on rumours that Justin Bieber contributed to his marriage problems.

Oh Orlando, can we marry you next?!

What do you think about Miranda and Orlando's split? Tweet us @SofeminineUK 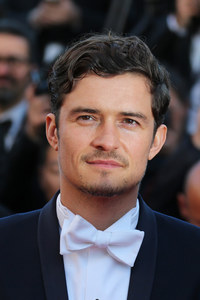 by the editorial team
+
All the news about Orlando Bloom