by Vivian KELLY Published on 27 December 2013 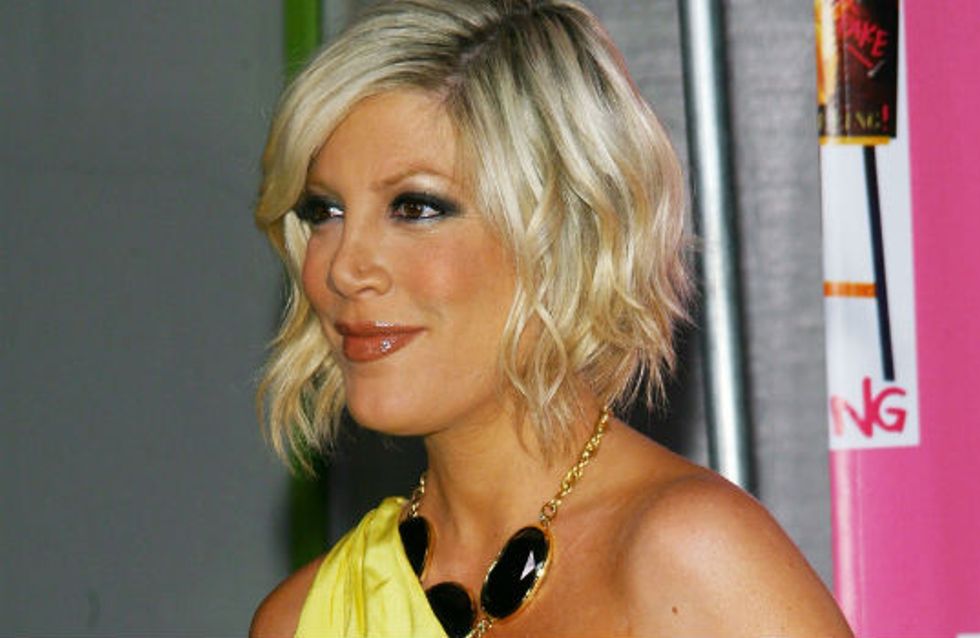 It seems that all Dean McDermott, 47, wanted for Christmas was anything but his wife,Tori Spelling, 40. Ugly rumours surfaced over the Christmas period claiming Dean hasn't been a good boy this year. His mistress, Emily Goodhand, sat down with Us Weekly in a tell-all interview revealing celebland's latest cheating scandal.

Tori Spelling’s hubby-of-seven-years, Dean McDermott, cheated on her with a 28-year-old chick he met while promoting his gig, Chopped Canada, in Toronto, Canada. And now we’ve got our hands on all the gossip from the back door mistress herself...

During Dean’s promotional tour as host of Chopped Canada on Dec. 6, the Canadian-American actor ostensibly invited Emily Goodhand, 28, back to his room at the lavish Fairmont Royal York Hotel where they allegedly had sex.

Emily, who claims to have met Dean through friends, told Us Weekly: "He told me he and Tori had a sexless marriage.”

"I believed him.” she said.

But, it wasn’t just a one-night stand kinda thing. Emily also stayed over the following night in a two-night affair with the unchaste actor.

And she didn’t attempt to hold anything back during the interview. She admitted he claimed to 'love' his wife, but according to Dean, Tori isn't interested when it comes to intimacy. "He said, 'I love my wife. I love her so much, but she just won't sleep with me.' I didn't ask why because it was awkward," said Emily.

The woman went on the apologise to Tori for getting down-and-dirty with Dean. She said, "I made a stupid decision... I'm an adult and I make my own decisions. I'm sorry. I f***ed up."

Will the former 90210 star have the heart to forgive Emily and her husband?

Tori hasn’t been through the best of times in the last couple of years, where she was hospitalized for 4 months before giving birth to her son, Finn.

Following the grinding months on bed rest, the Spelling It Like It Is actress underwent emergency surgery in September due to complications from her c-section.

Ironically, Tori and Dean both cheated on their previous partners with each other, which lead to an almost immediate wedding when their first divorce settlements were finalised.

There’s been no word from the reps on this one, but we reckon it’s going to get nasty!

Was Tori and Dean's marriage a car crash waiting to happen? What do you think? Tweet us @sofeminineUK