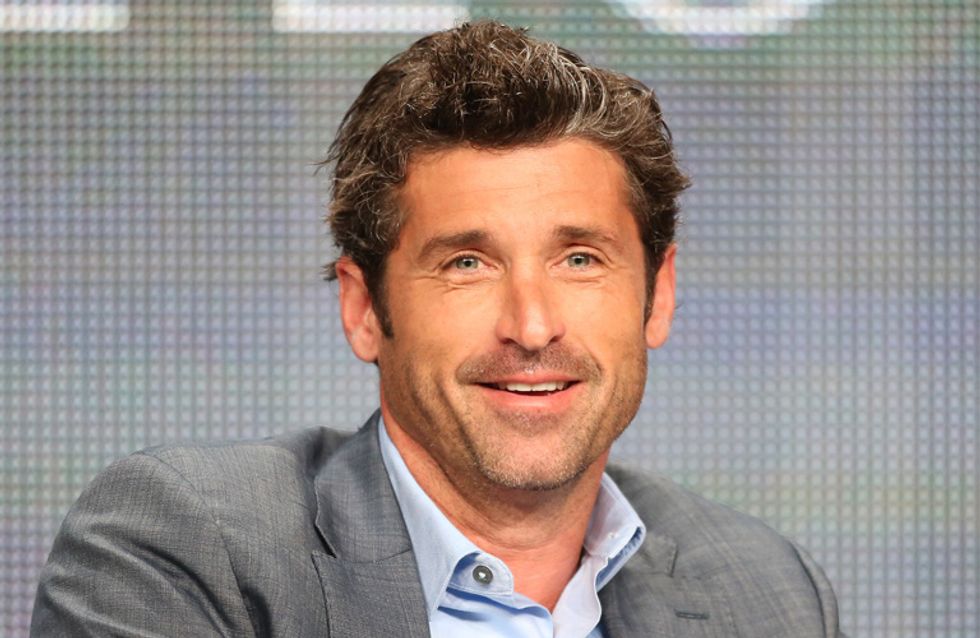 Be still our beating hearts because our freaking dreams are about to become freaking true. Patrick Dempsey, also known as Grey's Anatomy's McDreamy also known as that really cute on from Enchanted will be starring Bridget Jones 3. Oh good grief YAAAS.

Since (SPOILERS!) Dr Derek Shepherd was horrendously MURDERED in Grey's Anatomy (well...he was hit by a truck. Twas the writers who were the true killers), Patrick Dempsey has been tragically out of our lives for far longer than we'd like. Seriously, there's only so many times we can rewatch Enchanted to get our fix, alright?

However, it looks like the Grey's star will be back in our lives starring in Bridget Jones Diary 3. Sorry, more Bridget AND McDreamy? This film is going to go down in history.

It's even pretty surprising to hear they're going ahead with the third instalment in the series that follows Bridget, a thirty-something singleton who seems to get herself into some mad situations all the while vying for the affections of the two BEAUT men in her life, Daniel Cleaver (Hugh Grant) and Mark Darcy (Colin Firth). The film seems to have been on shaky grounds for a while now, as although Renee Zellweger and Colin Firth are on board for the third project, Hugh Grant claimed the script wasn't good enough and eventually dropped out of the project.

He told Cosmopolitan: "They did have a script and it was all ready to go into production, but I always said I don't think it is ready and we had long battles. But I think they are going to go ahead and make one anyway, without me", and he has since confirmed he will not be appearing in the film.

Since author Helen Fielding's third Bridget novel, Mad About the Boy, see's Bridget get back into the dating game after the loss of her husband, Mark (sniff), we thought that Patrick could be our dream man replacement for the wonder that is Colin Firth. However the film, entitled Bridget Jones's Baby, will be based on a column written by the author about the character, not her latest novel. This begs the question: who will Patrick be playing?!

Are you excited to hear he will be starring in the movie? Tweet us @sofeminineUK!

15 Iconic Redheaded Female Characters We Are Completely Obsessed With