What is it with pop singers and their quest for the bad boy image? The latest to allegedly get a slap on the wrist is The Wanted. The boys appear to be making the move away from their squeaky clean rivals One Direction after they reportedly got themselves into trouble with the police.

The Wanted reportedly earned themselves a cautionary word from the police after they were accused of throwing champagne off their balcony.

The Brit boys were ramping up their rock star image while celebrating Jay McGuiness' 23rd birthday.

Jay, plus Max George, Nathan Sykes, Tom Parker and Siva Kaneswaran, were partying at the Marylebone Hotel in West London when a fellow guest made a complaint.

Author and poet Dr. Todd Swift claims he was splashed by liquid thrown from a second floor balcony.

He's even insisting it was something more unpleasant than alcohol, but the police have since confirmed it was champagne.

Due to a lack of evidence - champagne's quite hard to see in the dark - the boys apparently got away without being charged.

But the police were still called to deal with the incident.

A spokesman for Scotland Yard confirmed to The Sun: “Police were called at around 12.20pm on Thursday, July 25, to a report of a man having been verbally threatened and having had a liquid substance thrown over him at a hotel in Marylebone.

“Officers returned the next day, July 26, and spoke to the party identified.

"It was ascertained that a glass of champagne had been thrown, but there was no evidence of who, if anyone, had actually done this or been involved in any verbal altercation.

“The victim was informed that without any further evidence there were no further lines of enquiry to pursue.”

We understand that The Wanted will never be the five boys holding puppies on the cover of a magazine (Wonderland we will be forever grateful).

But we really don't want to see them going the way of the Biebs, who was recently caught lobbing something worse than champagne over his balcony.

What do you think - are The Wanted just desperate for some press, or really going off the rails? Tweet us @sofeminineUK 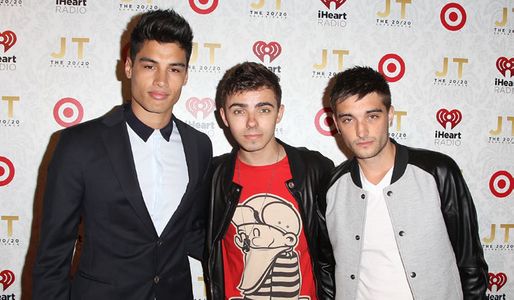 by the editorial team
+
All the news about Jay McGuiness

Francesca Menato
…
naughty
For all the best videos, memes and shareable news!

Sign up to get involved!
You might also like
Soap star parents: actors and actresses with kids
by Amy Denman
Lady Gaga's fashion timeline
by Amy Denman
The evolution of Britney Spears' Beauty
by Ayla Soguksu
The most beautiful villages in Europe
by Charlotte Hoddge
Stars who married the same person twice ...
by Charlotte Hoddge
Hollywood's most famous offspring
by Charlotte Hoddge
This Is What The GoT Stars Look Like IRL
by Helen Turnbull
The Worst Celebrity Photoshop Fails Of All Time
by Rose Adams
Mum's The Word! Celebrities & Their Mums
by Rose Adams
21 Of The Best Celeb Revenge Bodies
by Pascale Day