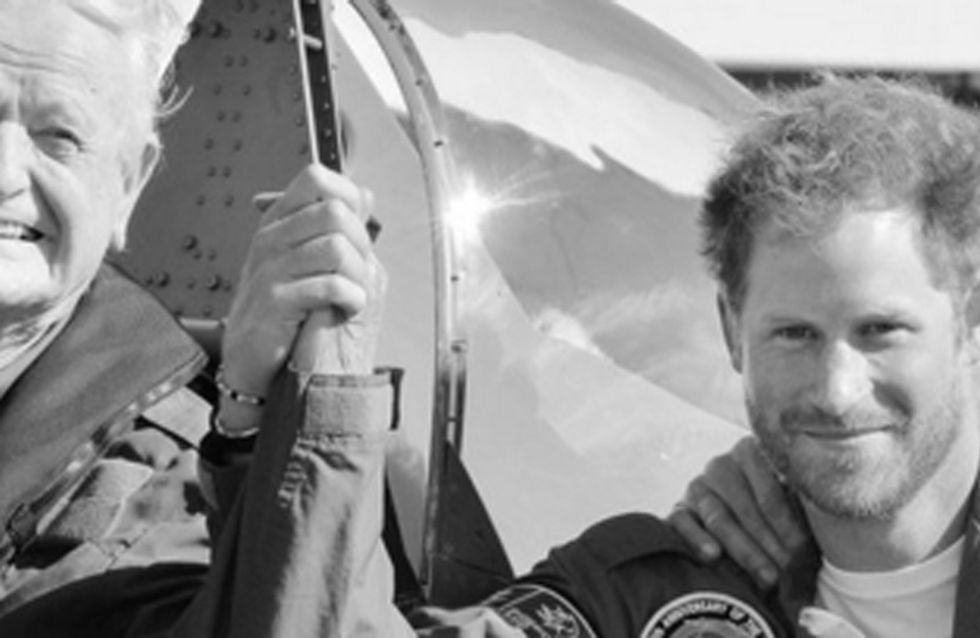 As much as we love good old Kate, Will and the kids, and as adorable as their Christmas card was (even though Charlotte's head looks pretty darn photoshopped), we'll always have a soft spot in our hearts from the cheeky Prince Harry, which is probably why we are swooning over his perfect Christmas card...

Not only does Harry look pretty darn fine in black and white, the man appearing in the photo is a war veteran who Prince Harry met earlier this year, making the photo all the more fantastic.

Merry Christmas from Prince Harry! Here's his Christmas card photo showing one of his favourite moments from 2015 pic.twitter.com/bhk2mq1mYE

Of course we are still loving the Christmas photo from Prince William and Kate, which was shared on Facebook last week, reading: "Merry Christmas from The Duke and Duchess of Cambridge, Prince George and Princess Charlotte.The Duke and Duchess are hugely appreciative of all the warm messages they have received about their family this year and are very much looking forward to their first Christmas as a family of four."

A new family photo - Merry Christmas from The Duke and Duchess of Cambridge, Prince George and Princess Charlotte.The...

Posted by The British Monarchy on Friday, 18 December 2015

We just have the Queen and Prince Phillip's snap to look forward to now, right?! Tweet us @sofeminineUK!