by Pascale Day Published on 30 November 2015 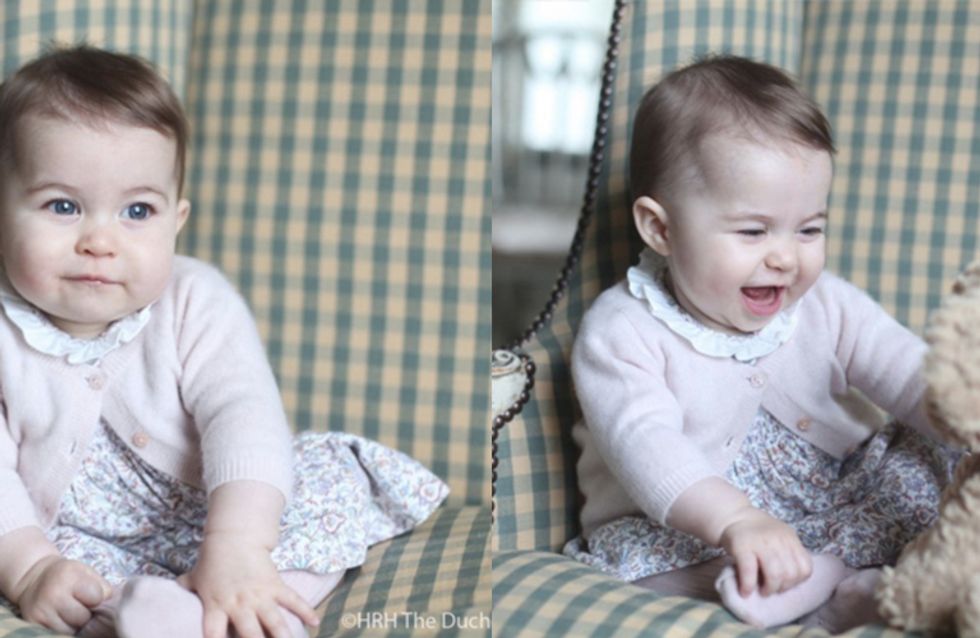 © HRH The Dutchess of Cambridge

Babies, man. They're so cute. And let's be honest, they don't come much cuter than Princess Charlotte. She's the spitting image of Wills and Kate isn't she. OR IS SHE? We morphed the faces of Britain's favourite royal couple using top-of-the-range (sort of) face detector technology to determine if Charlotte and George really are the most accurate version of the two.

At the weekend, two official pictures of the Duke and Duchess of Cambridge's daughter (that's William and Kate's baby Charlotte to you and I), were released by the couple as a thank you for all the public's well wishes. Turns out, Kate's quite the amateur photographer - she's the one who took the snaps of baby Charlotte having a laugh with her cuddly toy, and also doing her best blue steel impression. 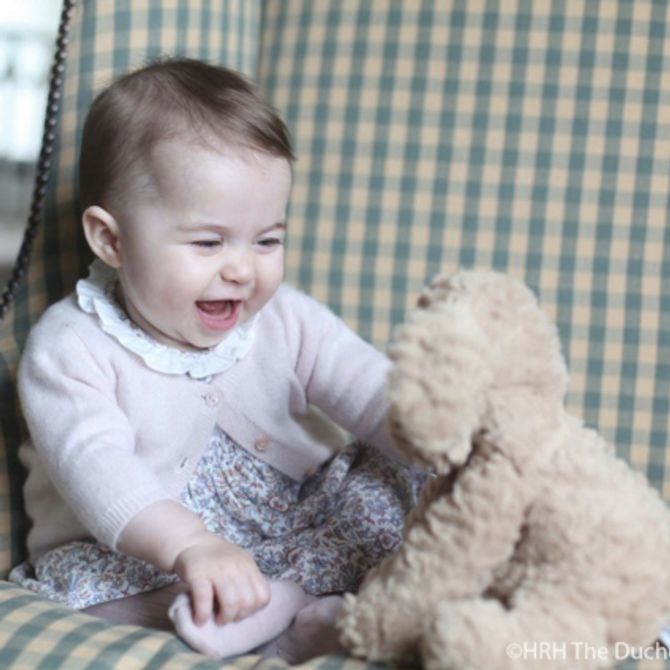 © HRH The Dutchess of Cambridge

We haven't seen the teeny tiny princess since her christening in July, so it's nice to see how much she has grown since we last saw her swathed in a tradish hand-me-down Christening dress. With her brown hair and blue peepers, she's the perfect mix of both Wills and Kate.

​See, there's no denying that Princess Charlotte is a beautiful baby, but we were wondering if she is the true amalgamation of Kate and Wills? Or would a 50/50 split in the looks department be a completely different baby altogether? We decided to put the faces of baby Chazza's 'rents through some highly advanced, high-tech, extremely complicated face detection technology, to see if the amalgamation of their mugs would make a baby that accurately combines their facial features.

The answer is no.

First, we tried out makemebabies.com. It had almost 190,000 likes on Facebook, so it seemed legit, and we proceeded to upload a picture of Kate and a picture of Wills. (They also offer many more celebrities with whom you can combine faces, and the urge to merge Kate and Chris Brown was almost overwhelming, but we had more important work to do.)

​And it really is as simple as that: upload two pictures and wait for them to merge! You are also offered the chance to pick the baby's skin tone, but it also reassures you that their 'auto-detect' setting is 90% accurate at identifying the baby's skin colour just from the photos.

The first baby came out mixed-race, which was a little misleading. We had trusted the auto-detect, and it had let us down.​ But the second time we tried, it came out as a little blonde kid. Not like George, but not NOT like George, I guess.

By the time the second result came out, we were feeling jaded by MakeMeBabies.com, so we tried a different - but still highly technical - baby face simulator. This one was MorphThing.com, which again seemed like another legitimate site. If anything this one was more technical - once you had uploaded the pictures you want to use, you needed to mark the edges of the person's face, as I have done here with Kate's face.

All this pointed to a more accurate reading of Kate and Will's face, and thus a more accurate depiction of the perfect royal baby. But once again we were let down by MorphThing.com's morphing skills. The result was this:

A poor attempt at combining the Duke and Dutchess had left their combo face looking like an egg with weird hair and a Quagmire jaw. This was not ideal. In order to combine their faces, MorphThing had literally just combines their faces in a frankly lazy fashion. That's right, lazy. Where's the high quality tech in that picture?

Despite all this seeming like a huge waste of our time, it actually answered the fundamental question at the crux of this scientific and necessary experiment: the baby of Kate and William really doesn't get much cuter - nae, accurate - than baby Charlotte. Or George. They are two perfect babies who have got all the good genes from their babe parents, and we couldn't be more jealous of them for that. Well, that and the whole endless money thing.

Do you love Princess Charlotte too? Come over here to gush with us: @sofeminineUK​