Guess Who Came Out On Top? The Definitive Ranking Of The Men Of Sex And The City 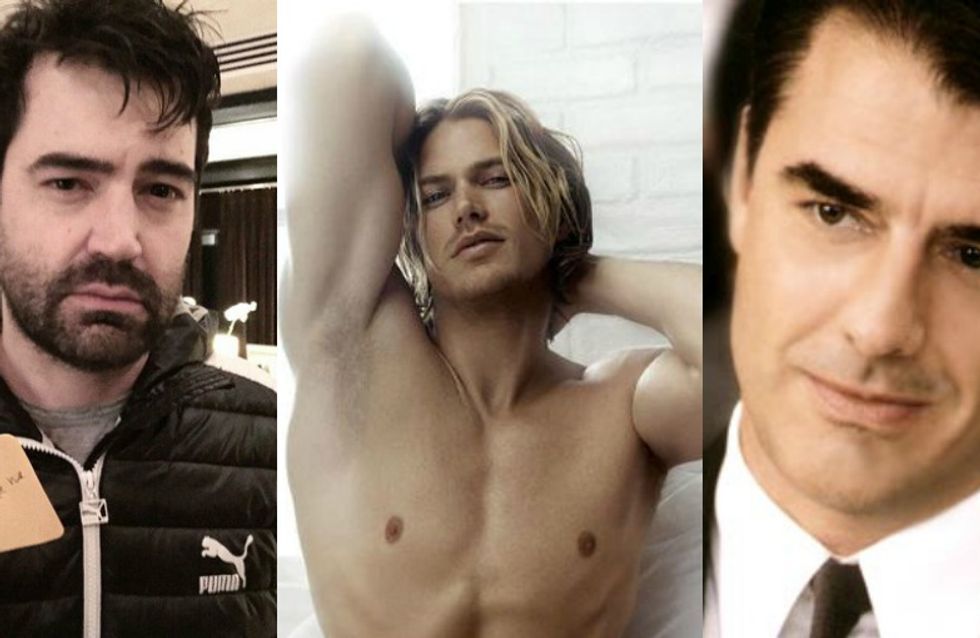 In honour of Jack Berger reenacting the infamous post-it breakup at Sundance this week, we decided to take a trip down memory lane and rank the famous men of Sex and the City on a highly scientific worst-to-best scale. Given these females' abundance of male suitors, we decided to only put the men that made it to monogamy on the list.

So if you are lucky enough to be in Utah, USA right now, then you know that it is the Sundance Film Festival, which is basically just an excuse for the who's who of the celebrity world to hit the slopes, get a bunch of free swag bags, and then party. Needless to say we would kill to be there.

Well Ron Livingston, AKA the guy who played Carrie's author-boyfriend Jack Berger, was at Sundance this year and Cosmopolitan had the genius idea of making him reenact the time he was so insecure about Carrie's success that he had to break up with her, on a post-it note. In case you don't remember, let us refresh:

Berger proved he was still the same insecure coward at Sundance this week with this little photo-op:

"I'm sorry. I can't. Don't hate me." And those are the words of an author. Berger, you're still a d*ck. In honour of this humorous photo-op, we decided to make a highly official ranking of all of the men of SATC from the worst of the worst to the best hubby in the gang:

THE WORST OF THE WORST: Richard Wright

There were only two perks to Richard Wright: his money and (according to Samantha) his long, pink ding dong. Well, we don't care if he can fly us on his private jet to Paris and get us into the party of the year. Okay, maybe we care a little bit, but all that goes out the window when you see Richard cheating in the worst way possible: going down on a skanky girl on his lunch break. Richard Wright, you're the worst. Samantha, way to dodge a bullet.

YOU MAY BE WIDELY LOVED, BUT WE STILL HATE YOU: John Preston (Big)

We've mentioned it once already this week, and we'll say it again: Big is secretly one of the worst men on Sex and the City. He's selfish and flaky and he almost drove Carrie completely mad. He's been on the show since day one and he ends up winning Carrie in the end, but his awful habit of getting our hopes up and brutally disappointing us has put him at the bad end of our official worst-to-best scale.

We put the sculptor on the "worst" end of our category because like oh so many men that Carrie has dated, he is selfish and only looks out for number one. Although, he is ranking above Big because he did sweep Carrie off her feet. However, convincing her to drop her life and move to Paris, making her get to know the city alone and then SLAPPING her are all grounds for deducting points. I don't care how many custom Oscar de la Renta gowns he can get you, a slap is a slap.

For a doctor, Trey was one of the stupidest people on Sex and the City, and that's saying something. He had two of the most annoying habits any man could have: saying "alrighty" all the time, and having no idea where to draw the line with his mum. Bunny MacDougal was one of the scariest people on the show and every girl's worst nightmare, and Trey was too much of a weenie to ever stand up to her. Not to mention the fact that he had serious trouble in the bedroom and horrible taste in interior design. Trey's inability to protect Charlotte from his mother puts him on the bad side of our list. Damn those mummy issues.

As previously mentioned in this post, Jack Berger and Carrie had immediate chemistry, which us crazy girls call zsa zsa zsu. This term describes those butterflies you only get when you instantly click with somebody. Berger and Carrie's short lived honeymoon period was one for the books, but he loses points for not telling Carrie he had a girlfriend and then having a stage 4 freakout on a post-it note when Carrie's success made him feel like less of a man. Berger, you're witty and probably a great writer, but your insecurity and reliance on post it notes puts you in the middle of the pack at best.

Normally we're opposed to politicians, but John Slattery as the super handsome and charming Bill Kelley totally won us over. His love for making out in coat cupboards and his knack for shmoozing was totally adorable, but his love to get peed on mid romp absolutely turned us off. We put him near the middle of the pack because he helped Carrie get over Big, but are not fans of his politician-in-the-streets-freak-in-the-sheets thing he has going on.

MOST TOLERANT HUBBY EVER: Steve Brady

Steve wiggled his way into Miranda's life in impressive fashion, the childish bartender wooed the cranky lawyer despite all his shortcomings. Keep in mind, I've never, ever heard anybody say Miranda was their favourite character on SATC so I think we all owe Steve for his ability to put up with her workaholic tendencies and bad haircuts. He makes the middle of the list because he cheats on her, and because we imagine dating him would feel like somewhat like being a babysitter.

Oh, Skipper. This sweet man with the curly hair and the thick glasses that taught Miranda to believe in love. Skipper always got the short end of the stick and only added fuel to the "nice guys finish last" fire, but he played an important role in the series full of arseholes. Don't forget about the nice guys, ladies, in the end, they always finish first.

We give Aidan major points for his extreme makeover as well as his patience with Carrie. Carrie cheated on him and then he took her back anyway, buffed all her floors and then proposed to her with one hell of a rock. We also give him major points for his commitment to commitment, but deduct for his attempts to change Carrie and her commitment-phobe ways. You can't convince somebody it's a good idea to marry you because you want to "lock this thing down."

Remember that time when Miranda played way above the rim and dated the smoking hot sports doctor Robert Leeds? Well he basically could do no wrong, he did tell her he loved her on a chocolate chip cookie cake which is extremely cheesy, but he loved Miranda, her ginger baby, and put a tampon in Steve's nose when it bled. What's not to love? Also he is unbelievably HOT.

So we would be lying if we said Smith Jared' total hotness didn't factor somewhat into his ranking on the worst-to-best scale, but his personality isn't too shabby either. Smith entered our lives as a airhead waiter and struggling actor and won our hearts over with his ability to get Samantha to open up. FINALLY! Samantha's fairytale story gives hope to all young women who are trying to turn a hookup with a smokeshow into a full blown relationship. He stays with her through her battle with breast cancer and has a heart of gold, but he loses ranking for his selfish behaviour after their move to LA. Don't let your fame get to your head next time, Smith.

It is hard to beat a story like Harry and Charlotte's: girl gets divorced, not attracted to her divorce lawyer, sleeps with divorce lawyer and they live happily ever after. What we love about Harry and Charlotte's story, besides the fact that he treats her like an absolute queen and she converted to Judaism for him, is that they met under total normal circumstances and made a life together even though it wasn't love at first sight. A true beauty and the beast story that young girls should aspire to when they're older and worrying about their biological clock.

Check out all of our favorite SATC looks here:

Do you think this is an accurate ranking of the men of SATC? Tweet at us! @sofeminineUK