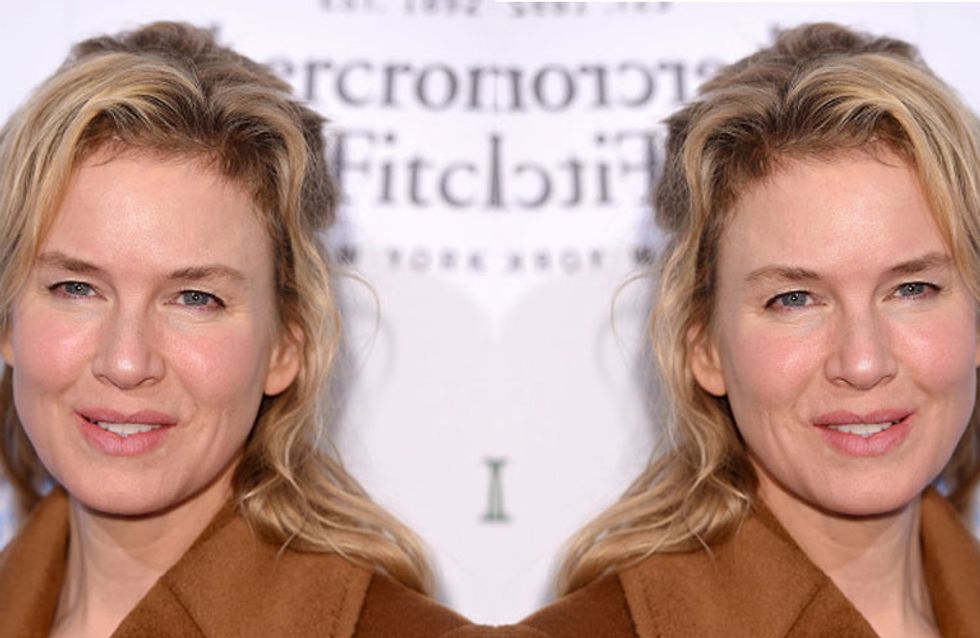 Ever since THOSE images of Renee Zellweger's suggested 'new' face emerged, the press have enjoyed a field day questioning whether or not she's had some surgical enhancement to alter her appearance. Now Renee has had enough, and she's speaking up. Get it girl!

Actress and Bridget Jones star Renee Zellweger is no stranger to media attention - cast your minds back to when she was photographed at The Elle Magazine Women In Hollywood Awards in October 2014 looking gorgeous, but admittedly a lot different to how we usually recognise her, her exposure has sky rocketed, and she's hit back in the best way.

She's no Kardashian when it comes to enjoying the limelight, instead preferring the private life, and the media's reaction to her new look at her rare red carpet appearance wasn't one hundred percent positive. Many column inches were dedicated to speculating over if and what cosmetic procedures she had undergone to change her face in this way.

But is it ever okay to question a woman's appearance like this? We certainly don't, and neither does Renee herself. She's broken her silence on the matter for the first time, penning an open essay for The Huffington Post, aptly titled 'We Can Do Better'. In her letter, she explains how she feels that it's totally wrong for the media to be able to scrutinise her in this way, not to mention the detrimental effect it can have on self esteem and future female generations too.

She said: "It’s no secret a woman’s worth has historically been measured by her appearance. Although we have evolved to acknowledge the importance of female participation in determining the success of society, and take for granted that women are standard bearers in all realms of high profile position and influence, the double standard used to diminish our contributions remains, and is perpetuated by the negative conversation which enters our consciousness every day as snark entertainment.

"Too skinny, too fat, showing age, better as a brunette, cellulite thighs, facelift scandal, going bald, fat belly or bump? Ugly shoes, ugly feet, ugly smile, ugly hands, ugly dress, ugly laugh; headline material which emphasises the implied variables meant to determine a person’s worth, and serve as parameters around a very narrow suggested margin within which every one of us must exist in order to be considered socially acceptable and professionally valuable, and to avoid painful ridicule.

"The resulting message is problematic for younger generations and impressionable minds, and undoubtably triggers myriad subsequent issues regarding conformity, prejudice, equality, self acceptance, bullying and health.'

"Maybe we could talk more about why we seem to collectively share an appetite for witnessing people diminished and humiliated with attacks on appearance and character and how it impacts younger generations and struggles for equality, and about how legitimate news media have become vulnerable to news/entertainment ambiguity, which dangerously paves the way for worse fictions to flood the public consciousness to much greater consequence. Maybe we could talk more about our many true societal challenges and how we can do better."

'For The Record, I Am Not Pregnant. What I Am Is Fed Up': Jennifer Aniston Calls BS On Media Shaming

​Strong Is Sexy: Serena Williams Has An Inspiring Message About Body Shaming