Sam Faiers to get back at Joey Essex by joining Celebrity Big Brother?

Sam Faiers has been very publicly heartbroken over her ex Joey Essex finding love with Amy Willerton in the I’m A Celebrity…Get Me Out Of Here jungle. But The Only Way Is Essex star isn’t about to sit around moping, as it’s rumoured that the 22-year-old has signed up for the latest Celebrity Big Brother series starting in January 2014. We wonder if any hot single male celebs will be entering the house too?

Sam Faiers has reportedly signed up for the next series of Celebrity Big Brother kicking off in January 2014.

The newly slim TOWIE star has been pretty vocal about her heartbreak at watching her former fiancé Joey Essex flirt with model Amy Willerton on ITV’s I’m A Celeb.

But instead of sitting at home with a boxset and a tub of icecream, the Minnie’s Boutique owner is planning to keep herself busy by becoming a CBB housemate.

Like her The Only Way Is Essex castmate Mario Falcone, Sam isn’t planning on quitting TOWIE to do the Channel 5 reality show, but wants to use it to raise her public profile and help non-TOWIE viewers get to know the ‘real’ Sam. 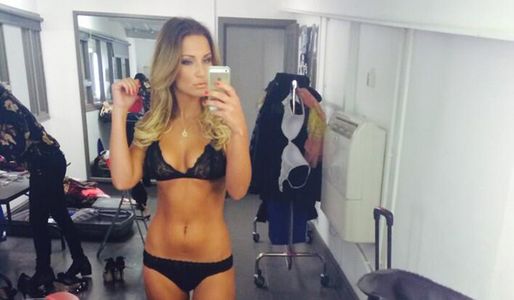 As well as getting a large pay-out for appearing on Celebrity Big Brother, it’s claimed that Sam is keen to have her own moment in the limelight, and she’s even open to the possibility of meeting someone new.

The Sun reports that Sam – who recently dropped over a stone on a “no carbs, no alcohol” diet – has “agreed a six-figure deal to appear on next month’s Celebrity Big Brother.”

A source told the paper: “Sam has seen how well Joey has done on I'm A Celebrity and wants a slice of the action herself.

“She's asked TOWIE bosses if it would be OK to do it and come back for filming afterwards - and they're fine with that.

“They let Mario Falcone go in the summer, so they could hardly have said no.”

So far Sam hasn’t confirmed the news, but she has been writing some very curious tweets of late.

Next to each statement Sam included an emoticon indicating how she felt about every declaration, and – tellingly – next to “new people” she had a thumbs up image and alongside “new love” was the hand sign for ‘ok’.

It seems as if Sam is treating the New Year as a fresh start and may even be looking for a new man to help her over her heartache.

Meanwhile her former fiancé Joey Essex, who called off their engagement in June, has been spending an awful lot of time with his new love Amy.

The pair went to the British Comedy Awards and The Sun Military Awards together, although at the moment he seems to be missing the 21-year-old former Miss Great Britain.

Last night he Instagrammed a cheeky snap of himself in bed, captioning the pic: “Cuddling a pillow is boringgggg.” 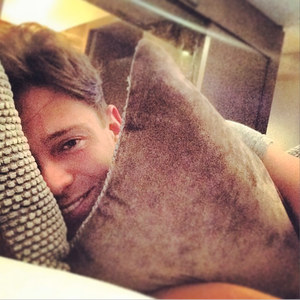 Are you looking forward to seeing Sam in the Celebrity Big Brother house? Tweet us @sofeminineUK!

by the editorial team
+
All the news about Sam Faiers