Sam Faiers has admitted that she feels devastated that Joey Essex has confirmed his romance with fellow I’m A Celeb star Amy Willerton. The TOWIE star admits she still carries a torch for her former fiancé Joey and was hoping that when he returned from the jungle the pair could start again, but now it looks pretty unlikely that the pair will get back together any time soon. Poor Sam – we’re here with tissues and a carton of Ben and Jerry’s if you need us.

Sam Faiers has admitted that she’s feeling pretty broken-hearted from the news that her ex-fiancé Joey Essex and Amy Willerton are giving their romance a go.

Joey and Amy starred in the latest series of I’m A Celebrity…Get Me Out Of Here, and although neither won the show, they certainly won in the love stakes.

While I’m A Celeb was on, the 22-year-old TOWIE star said that she was sure her and Joey would get back together as soon as he returned to the UK and that she thought his romance with Amy was more of a showmance.

She went on an intense diet and exercise regime to transform her body to surprise Joey upon his return, but it looks like all her hard work was a waste of time.

Speaking to The Mirror, the Essex reality star said: “He told me he loved me before he went in the jungle…I’m not going to lie, I’ve missed him a lot.

“The first week was the hardest, seeing all the stories about Joey and Amy and reading I was meant to be flying into the jungle in a rage.”

Hot naked picture: TOWIE's Joey Essex strips off
Joey Essex has whipped his clothes off and got into the summer spirit for a beach-themed (almost) naked pic. 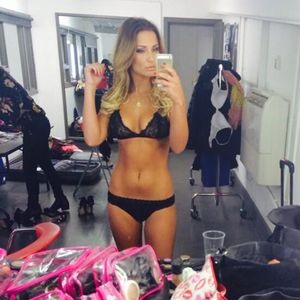 Sam admits that she thought the pair were all set to makeup, after calling off their engagement in June, but Sam has been knocked for six by Joey’s new romance with another woman.

Sam admits she “doesn’t know” if she wants him back, but adds: “I still love him but I just don’t know what the future holds.”

According to friends, Sam is worried that she’s now blown her shot at longterm happiness by not reconciling with Joey before he went in the I’m A Celeb jungle.

A source close to the Minnie’s Boutique owner told Now Magazine: “She’d really like to marry him. But it’s scary for her because the power’s in Joey’s hands.

“Sam’s always been the dominant one in their relationship. But now Joey’s driving the decisions, so she’s facing a very uncertain Christmas.”

Following their ejection from the jungle, Joey and Amy enjoyed several dates and even showed up to the wrap party together as an item.

Now they’re back in the UK and acting incredibly smitten, which Sam is reportedly finding very hard to take.

Amy and Joey both attended The Sun Military Awards last night, and the previous day the TOWIE star gushed on Twitter about his new lady love helping him to finally learn how to tell the time.

What do you think? Should Joey get back with Sam or does he suit Amy better? Tweet us @sofeminineUK!

Joey Essex and Amy Willerton have broken up!

by the editorial team
+
All the news about Joey Essex