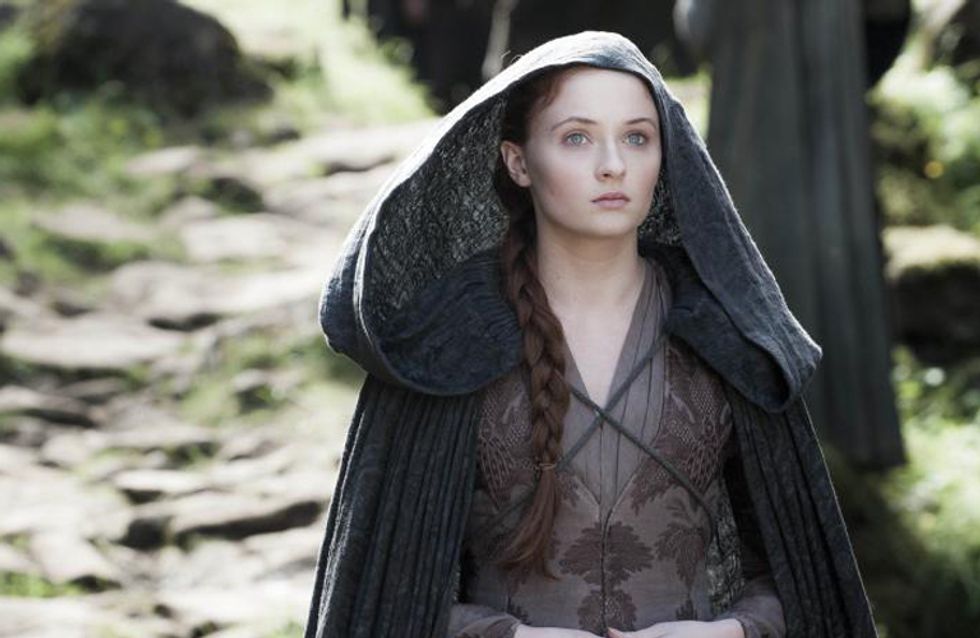 Sansa Stark has had a rough time. Arguably (and this is a BIG claim), she's had the worst luck out of all the Stark bunch. And since some of them are now dead, that's really saying something. But according to actress Sophie Turner, Sansa is hitting back in a BIG way in season six, and we can't wait to see her in action.

Sansa begins season one as a sweet and innocent girl who wants nothing more than to marry a Prince and rule a Kingdom with a bunch of cute little kids and several wardrobes of nice dresses. But through the show, after she *takes deep breath* had her direwolf killed, was tortured by Joffrey, forced to see her father murdered, almost murdered by her aunt, had her mother and brother murdered, forced to marry a Lannister, used as a pawn in Littlefinger's game, raped by Ramsay and jumped from a high wall in an escape attempt, it's fair to say she isn't the same girl she was in season one. The only problem is that in the show, particularly in season five, we knew that Sansa had become a total badass, but she was reduced to being a victim. However, apparently now all of that is about to change.

According to Sophie, who describes season six as Sansa's "best season yet", Sansa is about to come into her own. She said: "She, this season, really commands the respect that she deservesand she grabs hold of it and she runs with it and it’s really good."

Hopefully this means someone gives her a stick and some time alone with a captured Ramsay? We can dream.

What do you think will happen in Game of Thrones season 6? Tweet us @sofeminineUK!