18 Things Everyone Who Listens To Serial Knows To Be True

by Emmy Griffiths Published on 12 February 2015 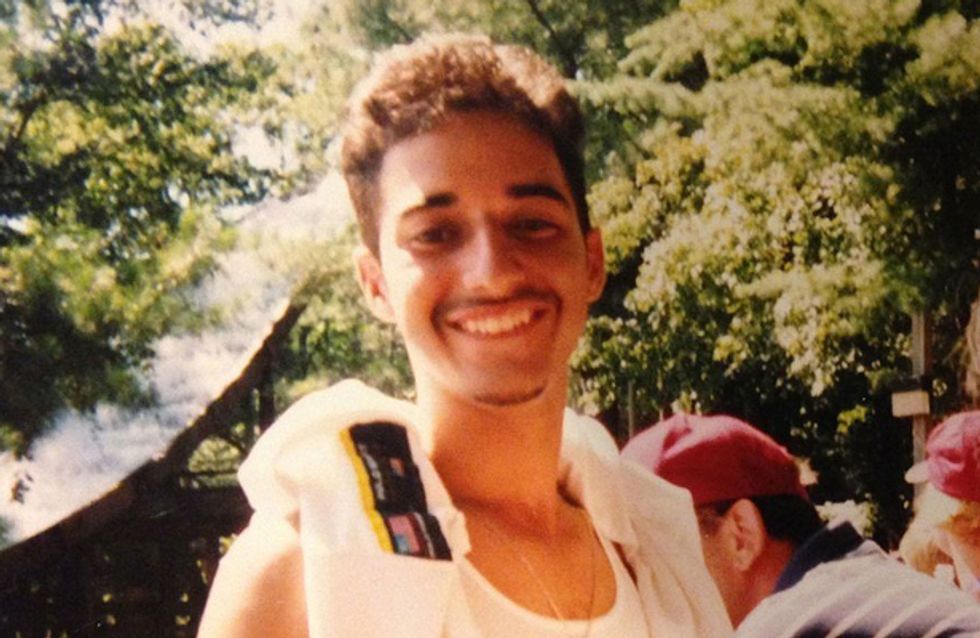 You can't listen to the real crime podcast without this happening to you...

1. You can't make up your mind about Adnan

You're certain he's innocent and the American justice system have incriminated an innocent man, then you hear how Adnan freaked out on the day of the murder because the police wanted to talk to him. Then you hear his totally reasonable explanation about how he was worried about it because he was high, and believe him again. Then you hear the episode 'The case against Adnan Syed' and your mind is totally blown all over again.

2. You love how the girl mispronounces ‘Mail Chimp’

She really struggles bless her!

No one can REALLY remember what happened that day and there are too many conflicting statements for everything to be true. Was Adnan in the library? Was he out with Jay? Was he at football practise? ARGH.

WHY didn't she come forward sooner with her testimony? Why would she lie about it years afterwards, then change her story again? Who even IS this girl?

5. Throwing suspicion at every new character

Erm, Mr S is a notorious flasher who just HAPPENED to find the body in a shallow grave when he went for a quick pee, amirite? Also, how do we KNOW Dom was at work? Let's not even get into how Jay is the shadiest of ALL characters.

6. Wishing you could just understand Jay

Say Jay is telling the truth. Say he picked up Adnan after he killed Mae and then helped bury the body in the park. Our question is: why, why, WHY would he do that?! They both admitted that they weren't close at all. Why would Adnan trust Jay of all people to be his partner in crime? It just doesn't make sense!

7. Trying to think back to what you did on a random day between a certain time six weeks ago without referring to social media

To everyone involved's credit, it is REALLY hard.

8. Freaking out every time Sarah Koenig uncovers a new piece of info

Erm, a serial offender named Ronald Lee Moore was released from prison TEN DAYS before Hae Min Lee was murdered, and was attached to a rape and a rape-murder in 1999 when his DNA later matched the crimes. When SK released that bombshell of info in the final episode, we really hope we weren't the only ones screaming at our iPods.

9. Listening to it at night and getting a little disturbed by the theme music

Therefore immediately following it up with a few clips from Friends so we can get to sleep and not be thinking about Best Buy car parks or the deal with Jay.

10. Thinking that you’ve worked out all the clues yourself

You and no one else knows the truth about this case by piecing together the evidence. You're basically Sherlock.

11. Falling a little in love with SK’s metaphors

"They’re like explorers, headed for a bold new world. Me? I’m gonna stay right here at home with my little garden spade and keep scraping at the thing that confuses me most, Jay."

12. Panicking about how this could happen to you

MAKE YOUR LOCATION CLEAR AT ALL TIMES.

13. Feeling sad about the Nisha call

As Sarah calls it, it is the 'smoking gun' to the case, a seemingly unexplainable phone call that absolutely puts Adnan with Jay during the time of the murder. That being said, there IS a chance it could have been a butt dial. Making Adnan the unluckiest man in the world.

14. Trying to work out if Adnan is a psychopath

It's the only explanation for his utter, utter denial about the murder for all this time. If he is so charming and convincing after committing such a terrible crime, surely that makes him totally INSANE?

15. Tuning out the ‘technical’ episodes

Route Talk was sooo blah. We know it's important to listen to in order to understand the case, but really?! We don't WANT to hear your best efforts to make it across town in under seven minutes! Get back to the juicy stuff!

16. You sort of love hearing celebrities talking about it

Ewan McGregor talking about Jay?! It's almost like we have a shared friendship circle!

If defence lawyer Cristina had just let Adnan speak on the stand, or chased up Asia's alibi, or just STOPPED trying to put blame on everyone else and focused on Adnan's innocence, he might be in prison right now. Also, her voice is SO annoying.

18. You wonder whether SK kind of has a thing for Adnan

Seriously, she can only mention how charming he is in real life so many times before it gets a little dodgy. We're clearly not the only ones who think so either...