The rumour mill has been churning out reports that Taylor Swift had tried it on with Harry Styles’ bandmate Zayn Malik - obviously before setting her sights on the band’s curliest member, with whom she had a brief but turbulent relationship. However these rumours have now been shot down by Taylor’s representatives, who have stated that there's no truth to the claims at all.

Rumours emerged that Taylor Swift had been interested in Zayn Malik before dating Harry Styles, which have now been denied by her representatives.

Life & Style magazine reported that Taylor “doesn’t mind settling for second best”, as she “originally had her eye on Zayn Malik” before getting together with Harry last year.

An insider told the mag: “When Zayn found out she was interested, he turned her down.

“That’s when she swooped in on Harry.”

Taylor and Harry dated briefly at the end of 2012 before breaking up for yet-unrevealed reasons.
​
Well we say ‘yet’ as shortly after their break up Taylor, who is well known for depicting her break ups through her music, tweeted “Back in the studio. Uh oh”.

She has also publicly denounced Harry on a couple of occasions, including putting on a British accent during her performance of We Are Never Ever Getting Back Together at the Grammy awards this year.

The 23-year-old songstress also dissed him during her acceptance speech at the VMAs, saying: “I also wanna thank the person who inspired this song, who knows exactly who he is, because now I got one of these!”

Could everything have been different if she had ended up with Zayn? Imagine!

Who do you think Tay should go for next? Tweet us @SofeminineUK 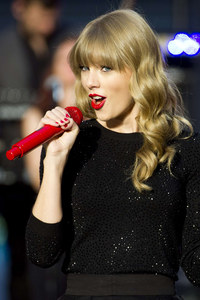