by Helen Turnbull Published on 6 July 2016 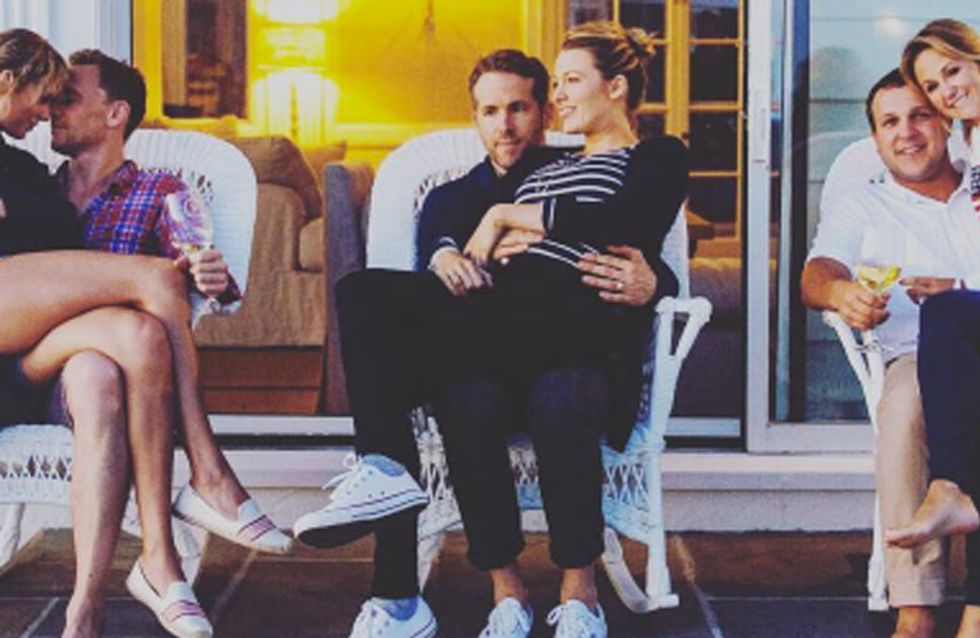 Rewind eight years or so and it was a Facebook announcement declaring: X is in a relationship with Y that confirmed the union of two souls. But in the era of millenials and Instagram, a picture depicting a couple is the modern-day equivalent and HiddleSwift are driving that bandwagon into cringey territory after making their joint debut on the photo-sharing app.

Unless you've been living under a rock in recent weeks, you'll be overly informed that pop's favourite girl next door Taylor Swift and British acting hunk Tom Hiddleston have joined forces to form the latest celebrity power couple.

But while both the Shake It Off singer and The Night Manager actor have so far kept very tight-lipped about their blossoming romance, they're keen to illustrate just how in love they are, despite only dating for a few weeks, as their Instagram debut proves.

Taylor and Tom - who have been creatively nicknamed HiddleSwift - appeared alongside two other couples, one of whom define #relationshipgoals, in the cringe-inducing picture which was posted on her childhood mate's accounts following their wild 4th July celebrations over the weekend.

Taylor is depicted sitting on Tom's laps with her long legs draping over his as they gaze lovingly into each other's eyes with their heads touching (!?). Alongside them, Blake Lively - who is pregnant with her second child - is cuddled by husband Ryan Reynolds and his expression can only be described as 'wanting to die'.

Unsurprisingly, Taylor's and Tom's combined fanbase hasn't reacted well to the latest loved-up picture of the twosome with many taking to social media to sympathise with poor Ryan who is visibly embarrassed about being asked to pose like so.

Ryan Reynolds face in that Hiddleswift photo gives me life.

Ryan Reynolds looks like he really wants Blake Lively to get off his lap before his legs go dead. https://t.co/GOeDY4C0aY

Ryan Reynolds’ face in this picture! 😂 "Somebody please kill me. Ehh, why bother, I’m already dead inside." pic.twitter.com/7QxMdC1l05

You guys, I think @RyanReynolds is sending a signal... "HELP MEEEEE!" Someone needs to check on him. pic.twitter.com/2zmjsXKW3N

This is my favourite role that Ryan Reynolds has ever played . pic.twitter.com/LHCbIpQg3H

What do you think? Is HiddleSwift's Insta debut cringey or cute? Let us know @soFeminineUK

A full recap on HiddleSwift

Throwback to when Taylor Swift and Calvin Harris defined #relationshipgoals