This year's Apprentice is nearly over and one thing we do know is the winner will be a woman. Lord Sugar has shown his interest in the business ideas of Luisa Zissman and Leah Totton who will fight it out to get investment in their projects. The big surprise? Favourite Neill Cough refused to change his tune and got himself the boot.

Luisa Zissman and Leah Totton have bagged themselves a coveted spot in next week's final of The Apprentice 2013.

Sir Alan Sugar will now have to choose between the 25-year-old cake entrepreneur and the 24-year-old cosmetic medic businesswoman.

They young ladies will duke it out next week for the chance to win a £250,000 investment along with the expertise of Lord Sugar.

Karen Brady was all for the decision to go for an all-girl final, she said: "I can’t tell you how pleased I am that your new business partner is going to be a woman."

She went on to give her views of the finalists: "A good entrepreneur spots a gap in the market that's Leah, or spots an emerging market and that's Leah."

Leah Totton's idea to bring lunchtime cosmetic treatments has impressed the panel but does pose ethical questions that may stand between her and the final prize.

One to miss out on the final spots was Neil Clough, who Alan actually admitted was his favourite in terms of working alongside him.

However his estate agency website idea was slammed as unviable.

Alan Sugar told the 32-year-old: "If this was all about me giving someone a job, I’d give you a job tomorrow. But coming into business with me, I’m afraid not my friend."

Neil admitted: "I’m absolutely gutted. My biggest regret is I was given a chance to put in a Plan B and I didn’t, and I absolutely do regret that.

“Whether or not that end goal of winning took over, I don’t know. I’m so competitive, that’s why I think I’m so gutted now. I wanted it so much and it’s difficult to take.

"For Lord Sugar to say, "You’re the right man, you’ve just got the wrong plan", I could see he was sort of willing me to be the person that goes into business with him.

"But my business plan wasn’t right for him, I did make a couple of mistakes with it. I do respect his decision."

The Apprentice Final will air on Wednesday July 17 at 8pm on BBC1.

Who do you want to win? Tweet us @sofeminineuk 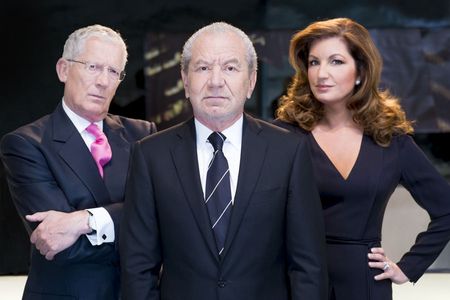 Francesca Menato
…
The Apprentice
From hair ideas to outifts, look no further for your daily inspiration