Home / Entertainment / News celebrities / The Many, Many Reasons We Truly Hate Joffrey

The Many, Many Reasons We Truly Hate Joffrey

by Emmy Griffiths Published on 7 April 2014 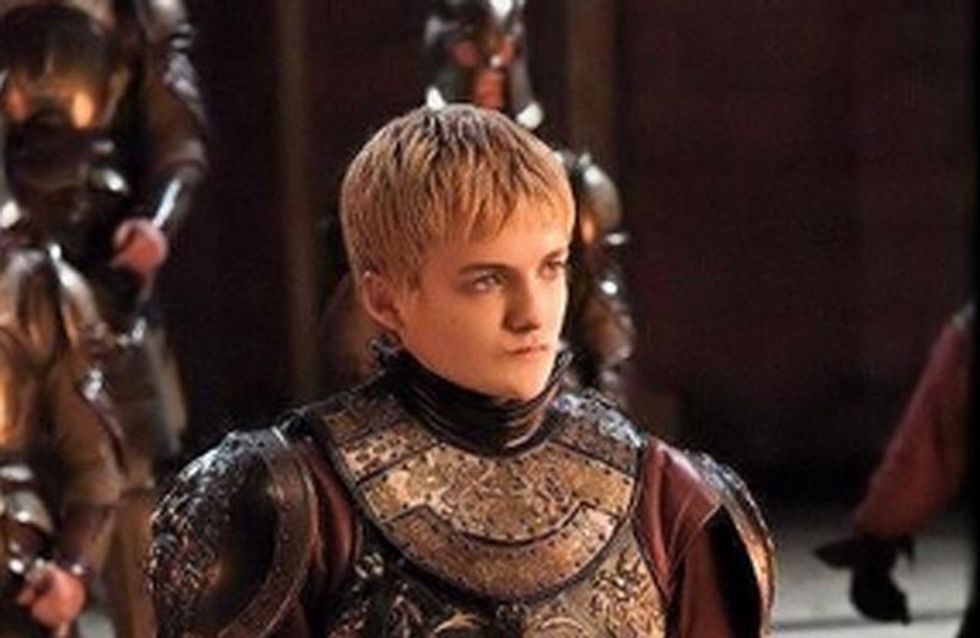 Season four of Game of Thrones starts tonight! Yes! YEEEES! Fortunately most of our favourite characters are back (RIP season three’s fallen characters), but unfortunately tonight will also be dark and full of terrors as Joffrey Baratheon is still very much alive and kicking. Since we love to hate him so much, here’s a reminder of why he is just the worst.

Hmm, look at this little blonde Prince who’s making eyes at Sansa. We wonder what he’ll be – OH MY GOD HE’S SLICING THE BUTCHER’S BOY AND THREATENING ARYA. Not. Okay.

It’s cool though, Arya’s got him on her death list. She’s going to go all Kill Bill on him and it will be fantastic. Just give it time.

It’s probably because his Uncle is his Father, but there’s something so dislikeable about his weird little incest face. For some bizarre reason, we think the actor (Jack Gleeson) is HAWT in interviews. He just gets into character so well!

He gets his kicks by being sadistic

Remember that time Tyrion tried to stop Joffrey being such a little s*** by trying to get him laid? And instead Joffrey held the two nice hookers at crossbow point and made one beat the other with the club? Yeah.

He also got a boner when Margaery talked about killing things.

Remind us why we watch this show again?

He got Ned Stark killed

Yeah, if nothing else, calling for Ned Stark’s head and starting an entire war was probably his most d***ish move. The rest of the world reacted pretty badly too.

He is bad at jokes

Joffrey should never have tried his hand at comedy. "I'll give Stannis a red smile." Yeah. Good one.

He plays hot and cold with Sansa

You say you love a girl, then you go and have her father’s head chopped off and make her look at it. Bad boyfriend. Very bad boyfriend.

He might like throwing his sword around and acting like a big shot, but when push comes to shove and he is actually in a battle he scurries home to mummy. He’s not really his father’s son is he?

Anyone Tyrion doesn’t like, we do not like. Fortunately thanks to Tyzza, we get to watch Joff get slapped over and over again. Since this is the only form of karma against Joffrey the show has given us so far, we will treasure these moments.

He gets trolled so much without realising

Even Sansa, who isn’t exactly the brightest crayon in the box, can make digs at Joffrey and get away with it.

We think Arya actress Maisie Williams sums it up best.

Everyone wants Joffrey dead in season 4, yes? Yes. Valar Morgulis and all that. Tweet us your predictions for Joffrey @sofeminineUK, though no spoilers if you are a sneaky book reader!