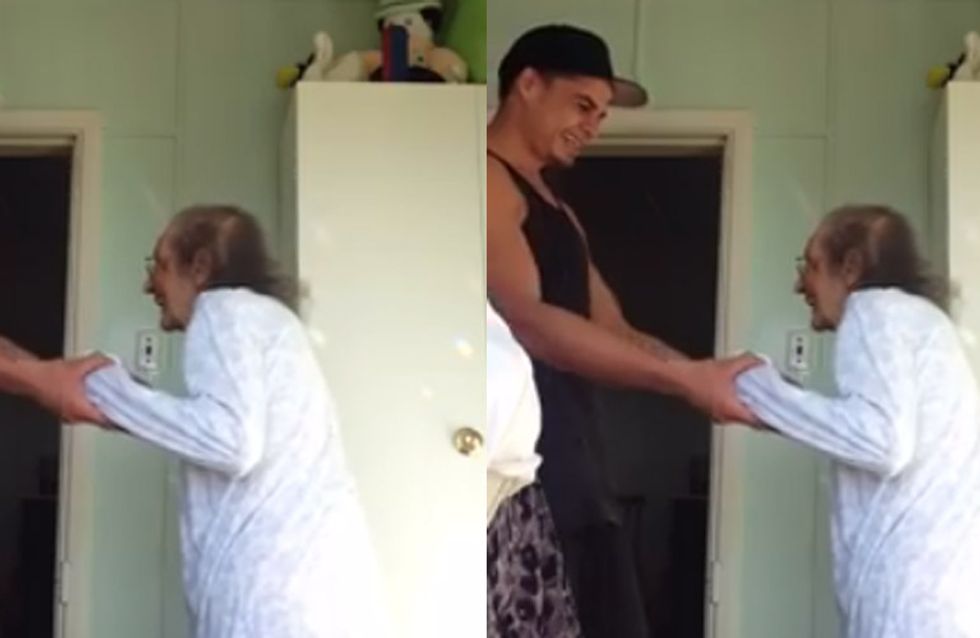 Jarryd Stoneman was chilling out with his grandma when he decided he was going to make her day by having a dance with her. Post the video of their boogie on Facebook, he wrote: "Asked nanny for a dance. She can't remember much but she still knows how to move."

Jarryd dances around with his nanny, who is clearly loving it as she smiles up at him, and it's melted our hearts. He occasionally gives her a kiss on the cheek. It's such a beautiful video as it shows just how little effort it takes you make someone's day, which he most certainly did. Take note guys.

Excuse us, we just need to ring up our grandparents really quickly. *sniff*

Brussels And Chocolate: 7 Reasons Why Godiva Is The Ultimate Mother's Day Treat

A Bunny Rabbit Spa Is About To Open In London