by Pascale Day Published on 26 February 2016 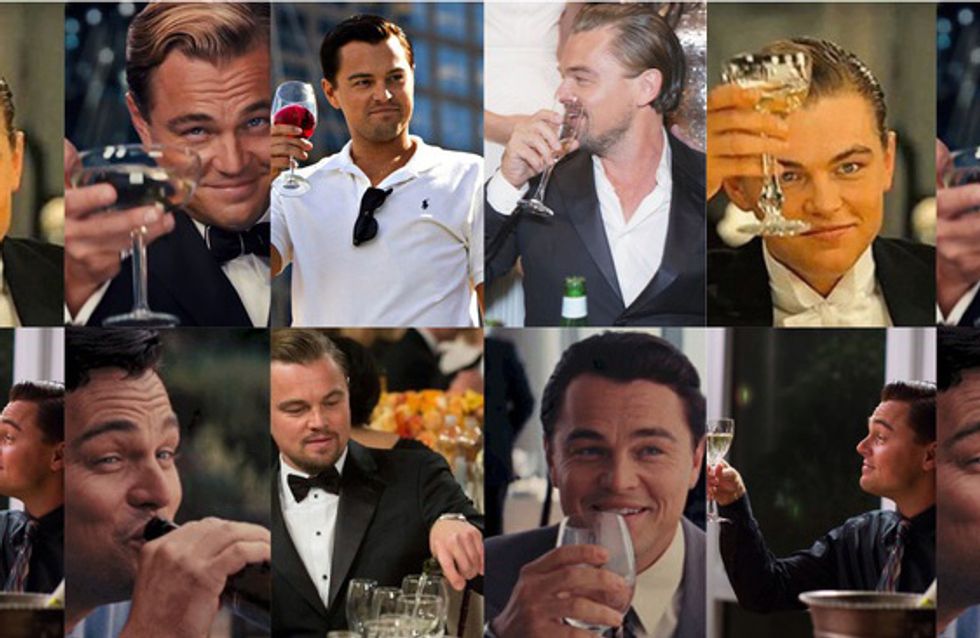 With the Oscars looming over us like a giant gold monolith, all eyes are on Leonardo DiCaprio. It's highly likely you don't need us to explain it to you, but just in case you've been living under a rock without wifi: Leo is up for his fifth Oscar, and if he wins, it'll be the first time he gets to take one of those shiny bad boys home. But why is is such a big deal? We'll TELL you why.

In his career, Leo DiCaprio has starred in six TV shows and 31 films. (Try naming all of them, it's kinda fun!) He started acting when he was 15; he's now 41. His Oscar nom this year has gained notoriety due to the fact that he has lost the other four times he's been nominated. And damnit, he deserves this Oscar. Do you know how many times we've had to see that sad, stoic "gracious loser face" projected onto our TV? Four times. 'The Sound of Silence' plays in our mind every single time and it's just awful. (We can't help it, it's a knee-jerk reaction.)

Sure, Leo has the life most of us can only dream of: fancy cars, his pick of the ladies, a yacht where he can play with his supersoaker all day long. He has his own driver which means he can chill in the back with his window down and face in the sun. Traffic don't mean a thing when you've got that kind of luxury. He's pretty much the only guy I know who's allowed to wear an old man hat and trainers inside a fancy club. He's the only guy who can go to Mahiki at 1am on his own and everyone's like "damn son - that guy's cool."

But one thing we would not want to trade with Leo is his constant Oscars rejection. Imagine it: losing - FOUR TIMES - and then your face being the punchline of every Twitter-based joke the next day. That's tough. You try and you try and you try not to cry in front of your peers but sometimes people can already tell you're crying, on the inside, in your heart. Your pride is weeping, and we feel for you, Dee-cap.

This year Leo's up for Best Actor for his part in The Revenant. In the film, he ate raw bison liver, all for the sake of that gold statue. But in case you're thinking "yeah, but he hasn't been in anything else that's good," then I'm here to tell you that's a bold-faced lie, and I have to respect you for so dishonest to me, the world, and yourself. If you don't believe that our dear 'Nardo has been in anything top-quality, I suggest you take one look at the below video, which is a supercut of every single Leo film. Watch him grow, watch him evolve. Watch him laugh, cry, trip, skip school, and wear a sh*t wig - it's all in the name of art, darling. And then I suggest you have a long hard think about what you said, because deep down you know you are deeply mistaken.

Do you think Leo deserves the Oscar? Of course he does. Silly question. Anyway, talk to us: @sofeminineUK