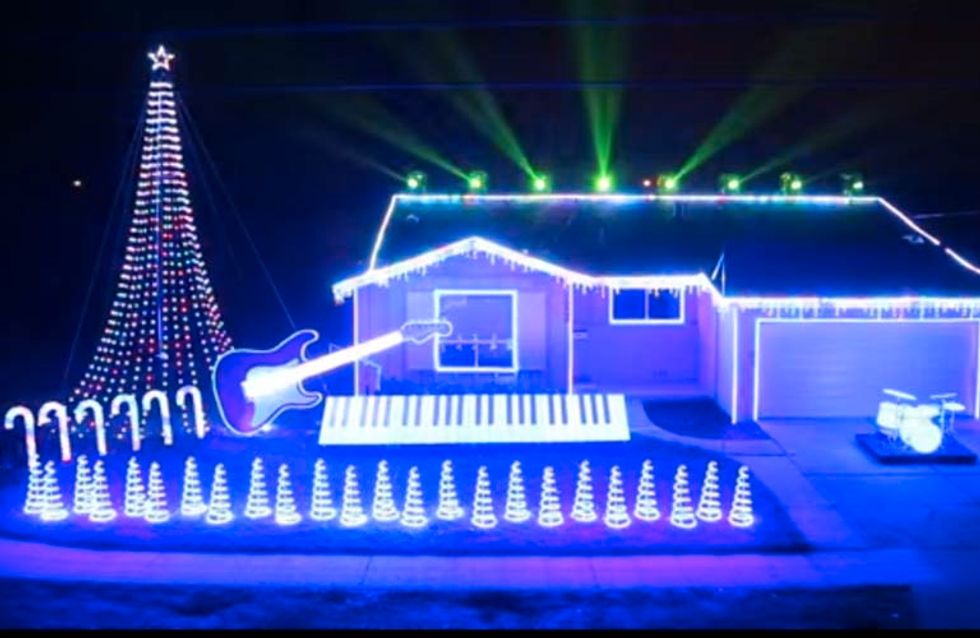 If you have seen Star Wars: The Force Awakens, you might be more in the Star Wars spirit than the Christmas spirit at the moment. This house managed to combine the two and honestly? It makes our attempts at outdoor Christmas decorations look like the work of scruffy looking nerf herders...

Not to worry, as amazing as this Star Wars Christmas display is, there are no Christmas-themed spoilers that will ruin The Force Awakens for you if you haven't seen it yet. Sit back and get ready to witness something much better than simple Christmas lights. Let's face it, this is art.

So how do they do it?! YouTube user Tom BetGeorge explained his method for making his house a musical spectacular, saying: "I built all the props using wood, metal, acrylic and corrugated plastic. I am a music/teacher director for a living...hence the massive instruments! If you look closely (especially during the Cantina song) the instruments are playing the real notes!

"Although the beams are powerful up close, they are a small percentage of real searchlights and are so widely dispersed that by the time they are up in the sky, they don't interfere with aircraft etc."

This isn't the first time Tom has set up amazing Christmas decorations with musical accompaniment, so if Star Wars isn't your thing check out his 'Frozen' house from 2014!