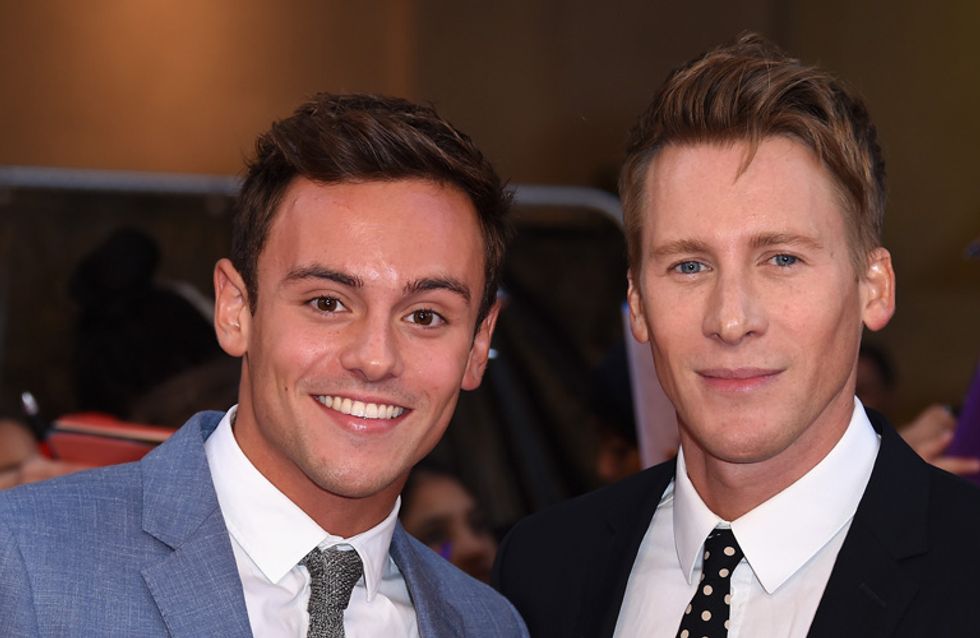 After coming out as gay back in late 2013, we have watched Tom’s blossoming relationship with Dustin Lance Black with fond smiles on our faces while stemming the tears of loneliness from our chocolate-smeared cheeks and whispering sweet nothings to our cat. So now the pair are engaged, we really think we deserve to share in this happiness and be invited to the Nuptials. Come on now Tom. Give us this one thing in our lives.

The 21-year-old diving champion and his fiancé made the announcement in the classiest of ways (also known as the Benedict Cumberbatch method) by sharing it in the births, marriages and deaths section of The Times.

It reads: “Mr T.R.Daley and Mr D.L.Black. The engagement is announced between Tom, son of Robert and Debra Daley of Plymouth, and Lance, son of Jeff Bisch of Philadelphia and Anne Bisch of Lake Providence.”

NAW! Since the pair have been a couple for two years now and live together in London, it seems hardly surprising that this was the next step, and we can hardly believe how much of a super couple they are!

Dustin Lance Black is an Academy award winner for Best Original Screenplay for Milk, and is an LGBT activist, whilst Tom is qualified for the 2016 Rio Olympics Games and a bronze medal holder from the 2012 Olympics. We couldn’t even find a clean pair of socks to wear this morning…

So congratulations to Tom and Dustin! We couldn’t be happier for the pair of you. Now back to that wedding invitation…

Did you think these two would get engaged? Tweet us @sofeminineUK!

Spotted! Blair From Gossip Girl And Seth From The OC Just Had A Baby Together And Her Name Is Oh-So-Cute

10 Of Television's Greatest Coming Out Moments