by Emmy Griffiths Published on 31 December 2014 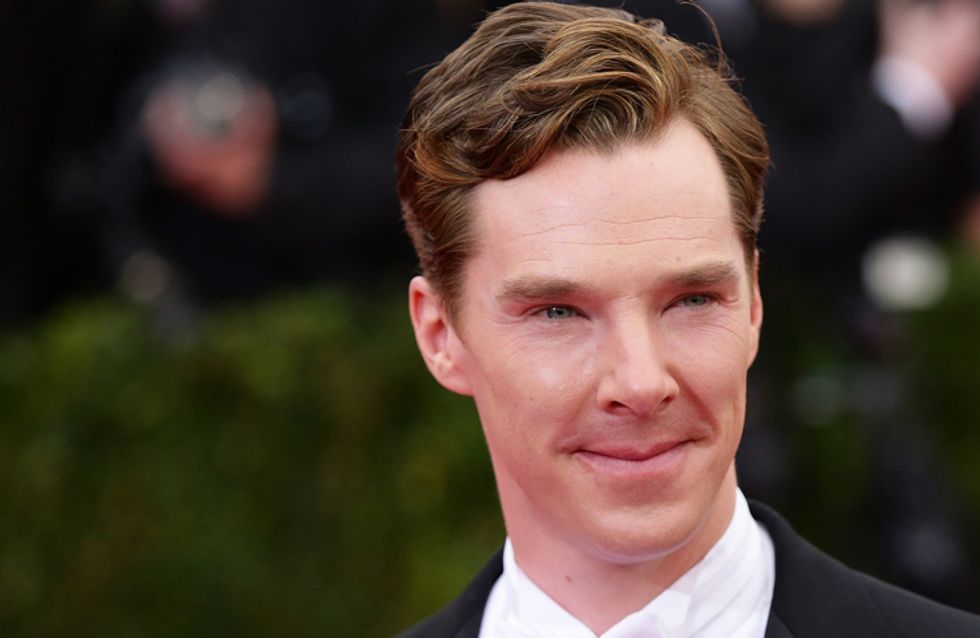 2014 might have been Benedict Cumberbatch's swan song. From delighting his obsessive Sherlock fans with season three way back in January to garnering critical acclaim for his role in The Imitation Game, the actor has been on FIRE, and did some pretty hilarious things along the way! Here are our favourites...

He did the ice bucket challenge, and there was some serious boxer short action

He's getting in the shower...HE'S GETTING IN THE SHOWER.

It seems like a lifetime ago, but season 3 of Sherlock finally premiered after a two-year break back in January and quite literally broke Tumblr.

We discovered he couldn’t say ‘penguins’

As suave, gorgeous and talented as he is, Benedict had some serious problems with the word 'penguins' when narrating a nature documentary. We defy you not to laugh at this:

He was officially cast as Dr Strange

Marvel studios have confirmed that the lovely Benedict will be playing the elusive title character Dr Strange, and the film is bound to be HUGE. Welcome to the world of superheroes Ben, but please don't grow that moustache!

He read mean tweets about himself and it was adorable

He did a Mr Darcy photo shoot and broke the internet

In a campaign called 'Give Up Clothes for Good', he posed as Mr Darcy coming out of the lake. Thank you for your charitable acts, Benedict.

Time magazine named him as one of the ‘Most Influential People in the World.’

Well, obviously. If Benedict told us to jump off a cliff, we probably would.

He got engaged and announced it in the classiest of ways

He is the epitome of discretion and class. No OK! cover shoots for him!

His performance in The Imitation Game garnered critical acclaim

His role as Alan Turning has him tipped to win an Oscar.

He voiced Smaug the dragon for the last time

We'd rather not think back to Benedict writhing around pretending to be the dragon, so let's just focus on the majesty his voice brought to this!

What's your favourite B.C. moment of the year? Tweet us @sofeminineUK!