by Lareese Craig Published on 24 February 2016 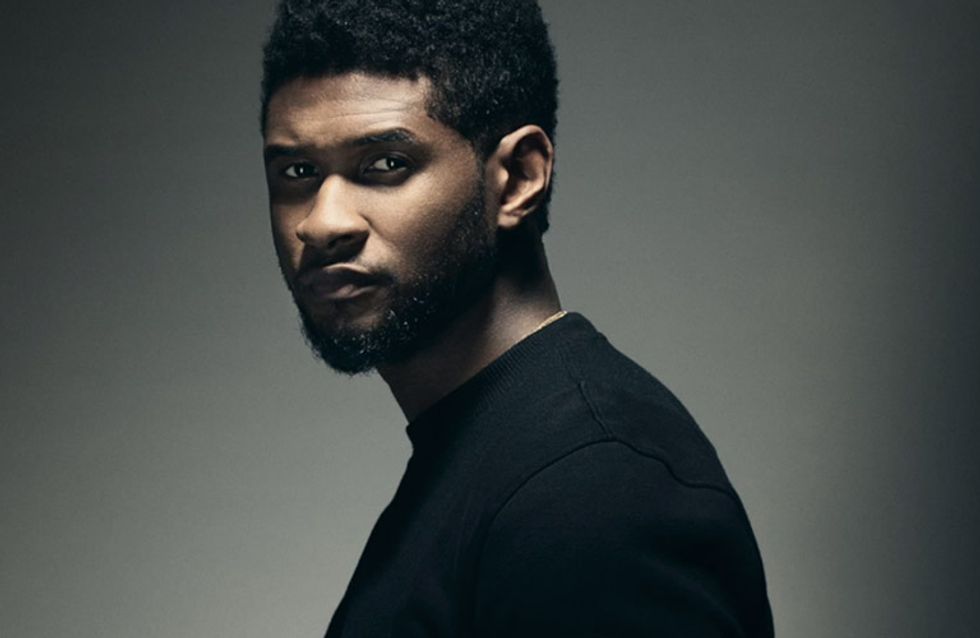 Usher, we get it. Ya sexy and you know it, but does that really mean you have to talk about vaginas tasting like pineapples? Does it? If Climax made you awks then his new remix of Chris Brown's Back To Sleep featuring Zayn Malik is going to blow your mind. Here's 8 times he took steamy R&B too far...

These explicit lyrics might well make you vom in your mouth.

1. Ok, let's start off tame, he took one of the most recognisable intros... and ruined it

First off, not just anyone can rip off Marvin Gaye's Sexual Healing but Usher et al dared to go there. Nothing makes us slink our hips uncontrollably quite like that whispery intro but now we're just gonna think of these three and how uncomfortable Zayn's dancing must have been.

Yes, because that's exactly how we like to do it, with pants full of sand and seaweed wrapped around every orifice. Let's make love without water, it's really not as sensual as it sounds.

3. "​I flip the pages because I wrote the book on the way how to sex you up"

Pretttty sure if there was a how-to on sex, chapter one wouldn't be lessons in how to ride someone like a wave because ya know, that's pretty advanced and also the whole water thing? Basically asking for an infection. And let's not even go there with the grammar.

And the show would be called, "How To Make Everyone Leave."

No no no, those lyrics are only OK when Silk are singing them.

6. You love how I eat it that pussy, might just go put a tat on that pussy / That says Usher, Usher, there's no other

We're not sure what's more offensive, talking about consuming vaginas OR the Usher woz 'ere suggestion. Full of romantic gestures that guy.

7. ​The part about pineapple

Ohhh the pineapple reference. It goes like this: "I can tell you've been eating pineapples, girl your pussy taste like pineapples."

Now, forgive me if I'm wrong but WTF are you saying Usher? There's ways of getting fruity lyrics in there without actually referring to our food diaries. Let us look to Beyonce for guidance, remember how she made us hot for watermelon? Uh huh, that's how it's done.

Either he's really good OR he's overcompensating. Might wanna revisit that book of yours Ush.

If we really break it down...

The song's called Back To Sleep. Are they all really that boring in between the sheets that they send her to sleep or are we just reading too much into it now?

Also, Chris Brown really needs to see someone about his insomnia - first he says don't wake him up, now he's all let's go back to sleep. It's confusing AF.

The worst bit about all this is... we can't pretend we're not listening to it on loop. Usher you dirty dawg, it's good to have you back.

Catchy or cringing hell, what do you think of the new Zayn x Usher ft Chris Brown song? Tweet us @sofeminineUK!