Want To See The Male Perspective Of Walking Through NYC For Ten Hours? 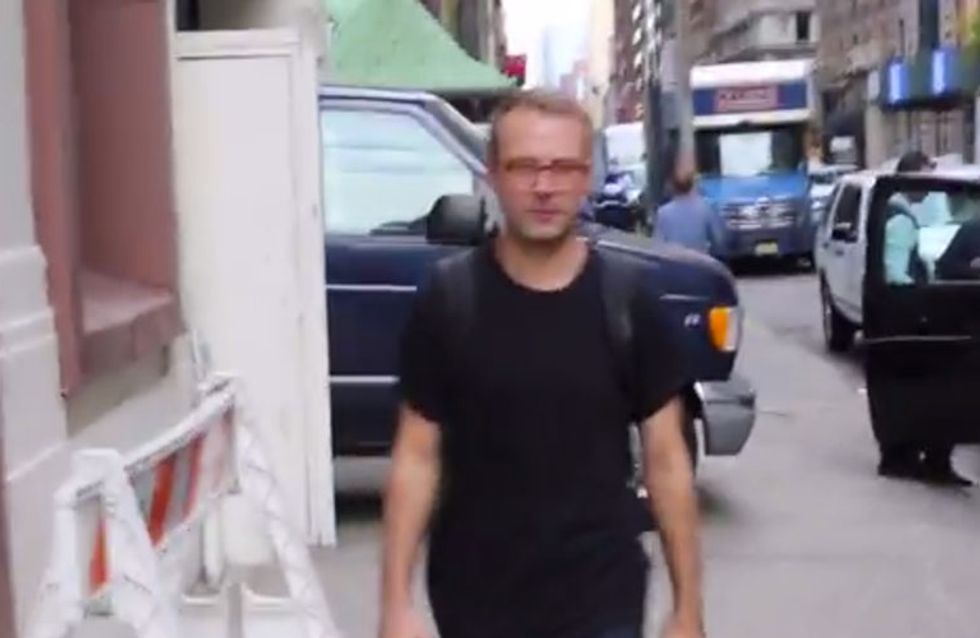 Earlier this week, a video of a girl walking through NYC for ten hours whilst being filmed received a huge response, garnering over 11 million views to bring attention to the street harassment that happens to girls on a daily basis. It's pretty heavy stuff, so naturally Funny Or Die decided to chime in and lighten the mood...with the male version.

After this video went viral earlier this week, the male version of the social experiment has been put online, and as you can imagine, it's not short on laughs.

Whilst the girl is being whistled, checked out and told to be more appreciative when people pay her a compliment, the guy is jokily offered a job, called powerful and given a lift for the rest of the way.

From being given free sun lotion to receiving bro high-fives, here's what happens when a man walks through NYC by himself...

"100+ instances of verbal street privilege took place within 10 hours. This doesn't include the countless Bud Light Limes, fist bumps, and small business loans that were offered.

"If you want to help, please do nothing. Leave the patriarchy in place."

What do you think would really happen if he just went walking on his own? Nothing? Yep we think so too. Tweet us @sofeminineUK!

7 Things We Learnt About Women's Issues From THIS Epic Conversation