7 Things We Learnt About Women's Issues From THIS Epic Conversation

by Dagney Pruner Published on 27 October 2014 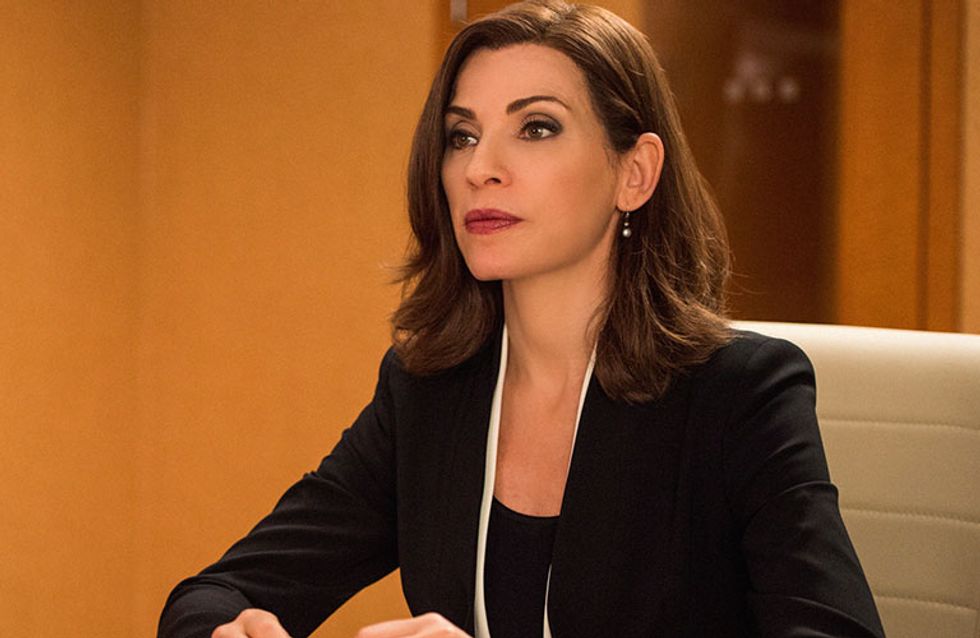 Even if you've never watched The Good Wife or heard of US Senator Kirsten Gillibrand or Julianna Margulies, their candid and brutally honest conversation about women's issues is something every woman should read. Both of these wildly successful women are known for their outspoken voices on issues that affect women. So how are these women pushing the dialogue on these taboo topics? By being fearless renegades, for starters.

So The New York Times had the incredible idea of getting these two women, who previously had not met each other, and sitting them down for a candid discussion about the issues that affect women. Before we give you the highlights of what we learned from the discussion, here is some background on our two heroines:

US Senator Kristen Gillibrand is quite the impressive lady. She filled Hillary Clinton's seat on the Senate when she got the nod for Secretary of State, and is the former partner of a law firm. Although she was a corporate attorney, Gillibrand focused all her pro bono efforts on fighting for the rights of women who were victims of abuse. She studied at Dartmouth College and lived abroad during her studies in Beijing where her roommate was Connie Britton (nbd). Gillibrand met her husband, a British national who was only supposed to be in the US for a year getting his MBA at Columbia, on a blind date. They fell in love, so he decided to stay in the US and they now have two children together. Sigh.

Julianna Margulies is best known for her Emmy-award winning work on ER and legal badass Alicia Florrick on The Good Wife. Besides playing the ultimate working mother/savage in the court room/"Saint Alicia," she also has time for her charity work, which she focuses on ALS, Pediatric AIDS and getting "Erin's Law" passed, which requires schools to provide education on sexual abuse prevention and teaching children how to speak up if they are victims. She is now married to an attorney, ironically, and they reside together in NYC with their one son.

Now let's give you the seven most important things we learned from the ladies' discussion:

1. Being pretty is only making the Pay Gap worse

Both women said that often their achievements have been overshadowed by their looks. Whether on the red carpet or at a press conference, the women got comments or questions on their looks, not on the causes that they were there to represent. Gillibrand gives the example of after winning a big case as a young lawyer, this is the speech her boss gave:

Gillibrand: “Let’s thank Kirsten for her hard work. And don’t we just love her haircut?” It was heart wrenching. I thought, “After all that work, you’re commenting on my hair?”

And it's only making the Pay Gap worse. Women get paid less than men for the same amount of work in almost every type of profession. What gives? Both Margulies and Gillibrand pointed out that it's because we are focused on the women's looks, not on their achievements:

Gillibrand: But we can still call out unfairness to women. The fact that we’re only paid 70 cents on the dollar shows that we aren’t valuing women’s work. We can demand equality. We stop defining women on how they look, but on what they say and do.

2. Sexism won't go away until we resist the status quo

When asked if they believed if sexism was "baked into everything," both women said that they have found all sorts of institutions that are designed to keep the shining star at the top, and those that don't have a voice from ever getting one:

Gillibrand: Look at the N.F.L. Look at sexual assault in the military and on college campuses. What you see is institutions propping up the favored person, the favored star, the favored student. They close ranks to protect the status quo, and in the process, they victim-blame and undermine the people who are trying to speak truth to power.

3. 1 in 5 women are sexually assaulted while attending university

Both women expressed outrage that an institution which is meant to provide the youth of America an education would put them at a possibly greater risk of being sexually assaulted. Often victims have to continue to attending school with their attackers, and universities rarely get the police involved. Gillibrand has started pushing legislation through that will start to legally hold schools accountable when sexual assaults occur on their campuses and are not investigated or prosecuted.

Margulies: It’s unbelievable that in 2014, we could tell a woman that rape was her fault.

Gillibrand speaking alongside victims of sexual assault on their college campus in front of fellow senators.

4. Sexual assault in the military is one of the biggest legal uphill battles

Gillibrand has made it one of her main causes to try and get legislation through that would change the way sexual assault and rape in the military is handled. Currently, over 26,000 women and 14,000 men experience some form of sexual assault every year while serving in the military. Women are more likely to be assaulted by a fellow soldier than killed in combat, that statistic should terrify you. Very few of these are reported, and even fewer result in disciplinary action. Often, the attackers are given the option to be discharged or resign from their leadership position instead of facing any form of legal action.

Gillibrand: You hear that story over and over. The survivors say: “I could survive the rape. What I couldn’t survive was my commander turning his back on me — telling me it was my fault or that he wasn’t going to do anything about it.”

Both Margulies and Gillibrand said they were greatly inspired by the documentary "The Invisible War," which documented the military covering up sexual assault.

5. We need more women in the corporate world

We all know men are from Mars, women are from Venus. This means they think about things and approach situations completely differently. When you are problem solving, having differing viewpoints is crucial. So why are corporations so dominated by men?

Margulies: Wasn’t there just a study by Credit Suisse that found that companies with women on their boards do better?
Gillibrand: Right. The returns on investment are better, the returns on equity are higher and companies are 40 percent less likely to have to restate their earnings if one woman is on the corporate board.

Gillibrand describes the time she was young and attended a political event where Hillary Clinton was the speaker. She said her view on responsibility is one of the main reasons she finally decided to run for office:

Gillibrand: I’m in the back of the room, the youngest person by 10 or 20 years, and Hillary says: “Decisions are being made every day in Washington, and if you’re not part of the process, and you don’t like what they decide, you have no one to blame but yourself.” I thought: “She’s talking to me.” And that’s what started me on a 10-year journey of volunteering, working in the grass roots, and eventually moving back home to upstate New York and running for office.

7. Dream big and be happy

When the women were asked what advice they would give to those that are struggling to find their dreams:

Gillibrand: Dream big. Embrace your ambitions. And don’t be afraid of them just because they’re different, or because no one’s done it that way before. It might be a great goal for you.

Margulies: And remember to be happy. My little boy is obsessed with cheese, and he loves the cheese man at Whole Foods. He goes there every day to talk to him. If that’s what he wants to do, do it. But do it with pride, and with love, and enjoy yourself.

If you want to read the whole interview after visiting the cheese man at Whole Foods, find it here.

Do you think these women made some good points? Tweet at us @sofeminineUK

How To Be More Organised: 10 Hacks Every Girl Needs To Know At Work

Wednesday Wisdom From Hillary Clinton: Quotes Every Woman Can Learn From