Miley Cyrus definitely doesn’t want to put any clothes on. In the latest video for Future’s track Real And True the controversial singer is once more pretty much in the buff – save for some strategically placed sliver paint and glitter. Anyone else reminded of Britney Spears’ Toxic video?

Every one is talking about Miley again – surprisingly not for her twerking, or award show weed smoking, or her romantic entanglements.

But because the We Can't Stop singer has popped up in a new music video wearing, um, glitter and a lick of silver paint (seriously it would be more shocking if she actually covered up for once!).

The video for Future’s latest song Real And True has been released, which features the tongue-wagging twerker Miley Cyrus in the buff and showing off her killer bod.

It’s a bit reminiscent of Britney’s Toxic video, where the pop princess had her modesty protected by a few well-placed sparkly diamonds.

Except this one has a space theme, which sees a sad alien Miley rescued by astronauts Future and British artist Mr Hudson who bring her back to full strength.

Future also collaborated with Miley on her chart-topping smash Bangerz and the rapper – who just got engaged to singer Ciara – clearly enjoyed collaborating with the 20-year-old chart topper on a number of songs.

He revealed to MTV: "We got a lot of great records, and it all came from conversation and having a nice vibe.

"Whenever she allowed me in her personal life through conversation, I tried to take that vibe and go to the booth. I told her, 'You've gotta embrace your fears. If something's bothering you, you've gotta run toward it. If you're crying about it, you need to cry till you can't cry anymore.'"

Well hopefully she’s cried out all the tears she needs to about Liam Hemsworth in the video for her hit song Wrecking Ball!

What do you think of the slightly X-rated vid? Tweet us @SofeminineUK. 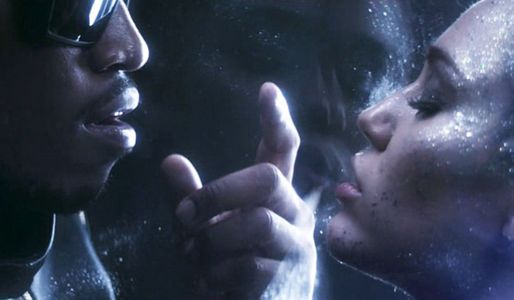