WATCH: The Super Bowl Just Dropped ALL Of The Movie Trailers

by Emmy Griffiths Published on 8 February 2016 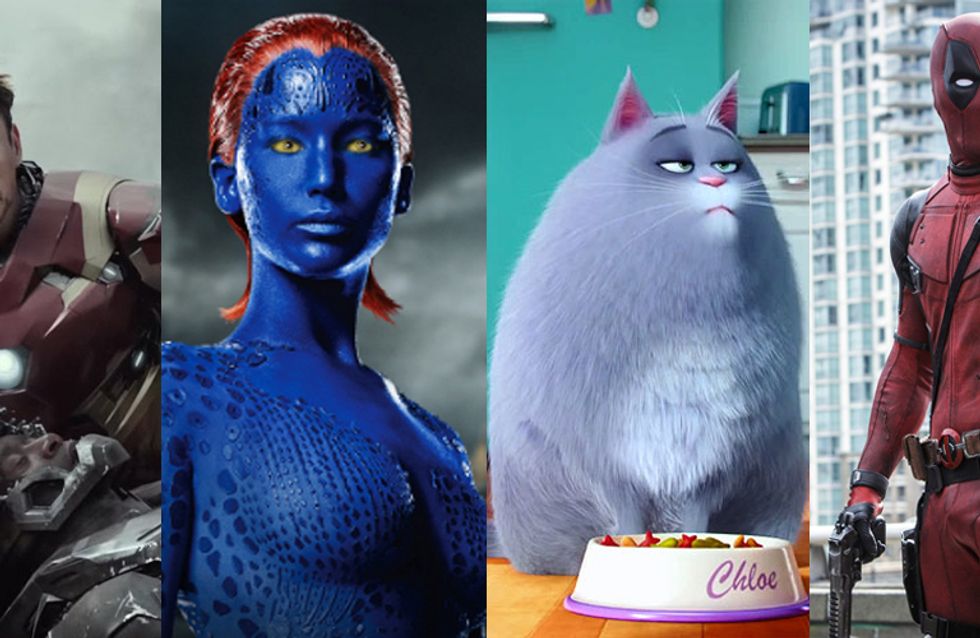 For everyone who didn't stay up all night just to see how good the Super Bowl ads were this year (oh, and to watch American Football we suppose), high five! We're the lucky ones who can now catch up on all of the big movie trailers in one go, bright eyed and bushy tailed! So what did you miss?

This trailer does a good job of reassuring us that THIS guy is the BIGGEST danger the X-Men have EVER faced (although obviously this is the synopsis of every X-Men movie.) This time, the original mutant Apocalypse returns and intends to destroy the world, and this trailer gives the first real insight into the damage he will cause (it also shows how on point Jennifer Lawrence's hair is, even when she's fighting evil.)

The chant: "Divided. We. Fall" will give you shivers, as will the sheer strength of Bucky and Captain America's impeccable bromance. It also gives a hint into War Machine's ominous future, Bucky attempting to shoot Tony Stark right in the face (NOT COOL) and our first, precious glimpse of Black Panther.

Deadpool is so close to it's release date we can almost taste Ryan Reynolds' infamous sarcasm, and yet this trailer have made us want to check out the foul mouthed superhero flick more than ever.

Not so much of a trailer as a coca cola advert, but it definitely has us ready for whenever The Incredible Hulk and Ant Man will finally meet on screen - The Avengers III maybe? Tonight in our dreams? Either way, this makes us hope that we see Bruce Banner in Captain America: Civil War way too much.

For anyone who may have had doubts about whether rebooting Independence Day was a good idea, just watch the trailer. With Jeff Goldblum joined by Liam Hemsworth (OH HELLO) to save the world, this looks like an alien invasion flick that might actually be worth the watch!

Matt Damon is back, and this time he's NOT being rescued! Who'd have thought it huh? Reprising his role as Jason Bourne for the fifth time, the CIA agent is back to finish business and this time? He remembers "everything"...

Everything we've seen so far from The Jungle Book looks absolutely amazing, but this is the first trailer that actually gives us something of a storyline, as Mowgli has to find his way to the man village before Sheer Khan finds him (curse that no-good tiger.) The animation looks incredible with an all-star voice cast, and we must say we're more excited for Christopher Walken's King Louie the orangutan than ANYTHING.

The Secret Life Of Pets

This animated movie from the creators of Minions and Despicable Me looks brilliant, and we have a feeling we'll never look at our pets the same way again after watching...

In a genius move, Turkish Airlines promotion featured Metropolis and Gotham, and how they have been restored by Bruce Wayne and Lex Luther (while showing us glimpses of their famous superheroes, of course.) It's probably the cleverest bit of movie advertising we've seen, and we are seriously impressed.

"Jon Snow Is Dead. Get Used To It." Kit Harington Claims He Isn't Returning To Game Of Thrones