We Can't Believe These Songs Are 10 YEARS OLD!

by the editorial team Published on 17 June 2014 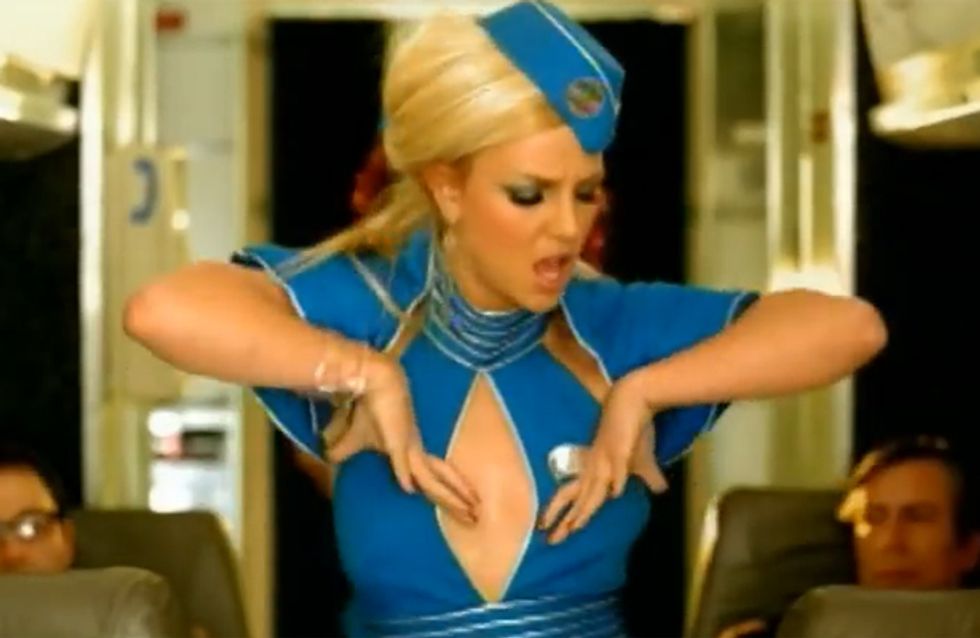 The Summer of 2014 is now underway, and it's time for a few musical flashbacks. Take a look at all the hit singles from way back in 2004! That was the year of Usher's CD Confessions and the "Numa Numa" video kid (aka one of the best music years EVER). Are we the only ones feeling seriously ancient listening to all these 10-year-old tunes? No matter - they're still absolute classics!

When we say 2004, you're probably thinking that was FOREVER ago - but when you listen to these songs, you'll remember it as only yesterday! That year produced some of the most classic party hits, break-up songs and love songs that we STILL listen to. All. The. Time.

Take a trip back in time and check out these twenty 2004 hit songs that will NEVER grow old!

Dare we say this is still the BEST party anthem to ever be sung? Thank you, Usher!

The song that sparked an Internet sensation - we give you: Numa Numa! (Or officially known as "Dragostea Din Tei"....)

Kelly Clarkson - "Since U Been Gone"

So began Kelly Clarkson's phenomenal rise to fame after American Idol. This is the "better off without you" break-up song all girls deserve!

This may have been right around the time Britney jumped off the deep end, but let's face it: she is, was, and forever will be an absolute pop QUEEN!

Snoop Dogg feat. Pharrell - "Drop It Like It's Hot"

Wait...Is that....Pharrell? Yes, he had a hit before "Happy".... Even when we didn't know most of the words, every middle schooler was acting so cool singing Snoop's song.

A No Doubt song for the punk rocker in all of us! Also, proof that Gwen Stefani has literally conquered aging. She still looks just as fabulous!

We maaaaaaaaayyy all remember this as that one song from Mean Girls.....But it's still a great song all by itself!

One of Destiny's Child's best (and last) songs! Though for a second there, you're not sure if this is a group thing or just the Beyonce show...Oh well, it's a great dance song!

The beginning of Queen Bey's reign! This song comes on and you IMMEDIATELY feel sexy and fierce as hell. Glam on.

Doesn't this song make you just want to curl up in bed with your SO, banana pancakes and a puppy and just stay there?

Don't lie: you sang EVERY word to this song too!

Remember when Lindsay Lohan not only had an acting career but tried her hand at music and had a few good (or just decent) songs? Here you go.

This was one of the first songs that made us realize the Black Eyed Peas are perfect at making party jams! They are all so on point and way too catchy!

This song made nearly everyone an alternative fan, if only for a little while.

We know the title says "American Idiot," but we're still singing along like it's a freaking national anthem!

Pre-baby Ciara ten years ago taught us this fun new dance move (that's not as difficult and just as sexy as twerking - especially the way Ciara does it!).

Such a great break-up tune! What ever happened to JoJo?.....

Usher was definitely going through a rough place when he wrote up his album Confessions, but he made the best (and most brutally honest) relationship songs EVER.

And finally, the song that makes us all feel like we can fly away and be stars!

What was your fave song from 2004? Let us know @sofeminineUK

34 Thoughts Every Girl Has When Watching The Notebook

20 Film Endings SO Miserable They Make You Irrationally Angry