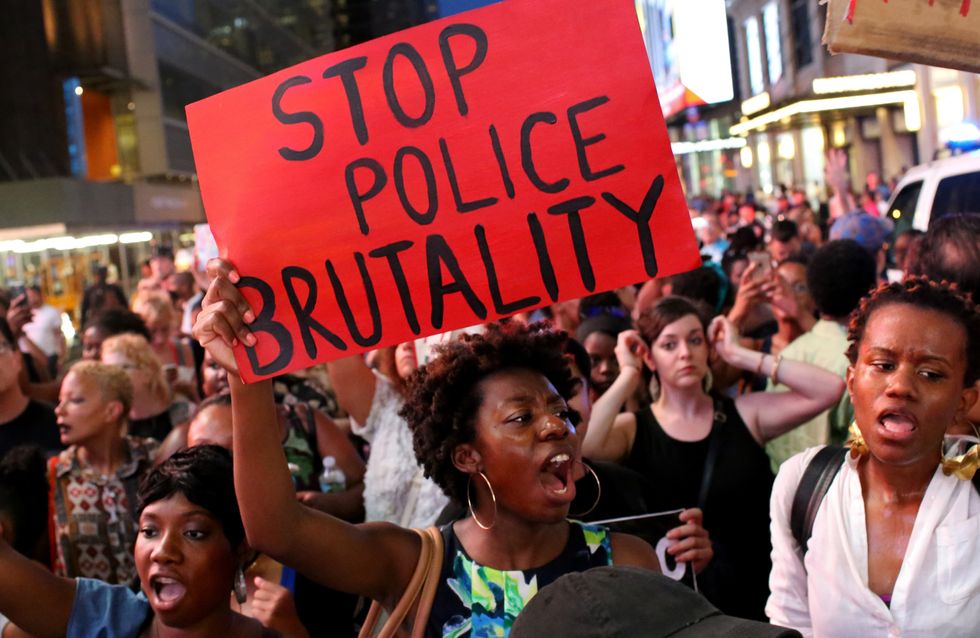 It's been a difficult week in the US. Racial tensions ran high after the unnecessary deaths of Alton Sterling and Philando Castile at the hands of police, and reached a deadly crescendo last night after four snipers shot eleven police officers, and two civilians, at a peaceful Black Lives Matter protest in Dallas. Five of the officers targeted have been reported dead. These tragic events have prompted plenty of responses to the #BlackLivesMatter movement, but one Reddit gets it spot on...

Reddit's 'Explain Like I'm Five' subreddit allows users to ask questions, often complex ones, in order to receive a simplified answer that's easy to understand. So when someone asked the question 'Why is it so controversial when someone says "All Lives Matter" instead of "Black Lives Matter"?', one Reddit user penned an eloquent response. Read it below:

Imagine that you're sitting down to dinner with your family, and while everyone else gets a serving of the meal, you don't get any. So you say "I should get my fair share". And as a direct response to this, your dad corrects you, saying, "everyone should get their fair share". Now, that's a wonderful sentiment -- indeed, everyone should, and that was kinda your point in the first place: that you should be a part of everyone, and you should get your fair share also. However, dad's smart-ass comment just dismissed you and didn't solve the problem that you still haven't gotten any!

Me logging in to facebook seeing all of my locals and family posting that #AllLivesMatter and trying not to end them pic.twitter.com/i55koLjaxl

That's the situation of the "black lives matter" movement. Culture, laws, the arts, religion, and everyone else repeatedly suggest that all lives should matter. Clearly, that message already abounds in our society.

people still using this #alllivesmatter after everything that happened this week/year/decade/century/ever pic.twitter.com/rNoun8BfXJ

The problem is that, in practice, the world doesn't work that way. You see the film Nightcrawler? You know the part where Renee Russo tells Jake Gyllenhal that she doesn't want footage of a black or latino person dying, she wants news stories about affluent white people being killed? That's not made up out of whole cloth -- there is a news bias toward stories that the majority of the audience (who are white) can identify with. So when a young black man gets killed (prior to the recent police shootings), it's generally not considered "news", while a middle-aged white woman being killed is treated as news. And to a large degree, that is accurate -- young, black men are killed in significantly disproportionate numbers, which is why we don't treat it as anything new. But the result is that, societally, we don't pay as much attention to certain people's deaths as we do to others. So, currently, we don't treat all lives as though they matter equally.

From a parent at the school where #PhilandoCastile worked. #FalconHeightsShooting pic.twitter.com/j1qP6jZ3hO

TL;DR: The phrase "Black lives matter" carries an implicit "too" at the end; it's saying that black lives should also matter. Saying "all lives matter" is dismissing the very problems that the phrase is trying to draw attention to.​​​

So far in 2016 at least 136 black people have died at the hands of the police. Alton Sterling was a 37-year-old father-of-five who was shot whilst he sold CDs. Philando Castile was a school cafeteria worker who was shot whilst in a car with his girlfriend and child.

How do you feel about the tragedies in America this week? Let us know: @sofeminineUK

What It's Like Tackling Sex As A Victim Of FGM, From A Girl Who Knows All Too Well

1. The time he mentioned his grandma
by the editorial team

Mmhmm
by the editorial team

Joe McElderry
by the editorial team

Chico
by the editorial team

Jedward
by the editorial team