Prince Harry has been working hard, the poor sparrow, and finished his trek to the South Pole only last week. We think he could do with a little rest and relaxation, and what is more relaxing than a fun skiing trip away with your fabulous socialite girlfriend? Harry did take Cressida skiing last year, so will this become an annual tradition? We hope so!

Prince Harry has just completed his trek to the South Pole, and we think he could do with a break after a job well done! So will he be going skiing again this year?

Back in February this year, the fourth in line Royal took his girlfriend Cressida Bonas skiing in the resort of Verbier in Switzerland for her 24th birthday, and we think it could become a tradition! 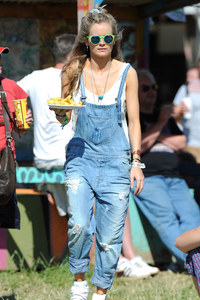 Harry still hasn’t returned to the UK since completing his charity trek for Walking with the Wounded, but he’s expected to be back on December 23rd to spend Christmas Eve and Day with his (royal) family at Sandringham for Kate Middleton’s fun-filled celebration.

We’re not sure if Cressy is invited to Christmas at the Estate, so he’s going to have to find time for her somewhere! Apparently the couple have no problem being lovey dovey in front of Harry’s relatives though, as during Prince Andrew’s 50th birthday party, the two of them were happy enough to share some RDA (royal displays of affection).

An insider revealed to The Sun: “It was clear they couldn’t keep their hands off each other.

“One minute they were sat at the table with Andrew, Fergie and their daughters, the next they were acting like teenagers in a darkened cinema.

“They were very affectionate with each other. Cressida was wearing a little black dress and she climbed on to Harry’s knee. He started softly rubbing her hair, and then they began kissing. It was quite passionate – much more than a peck on the lips."

It doesn’t sound like a holiday would be too much of a stretch, right? Right?!

It does sound like Harry and Cress are getting pretty serious especially as Hazza has now met her dad, sparking rumours that he is planning on proposing and wanted to ask permission.

A source said: “It seems that Harry and Cressida have spoken about marriage, he wanted to do the honourable thing and meet her father to let Jeffrey know his intentions before he went to the South Pole.”

Perhaps he’s waiting till the slopes to pop the question?

Do you think Harry will propose soon? Tweet us @sofeminineUK