by Ursula Dewey Published on 1 October 2013 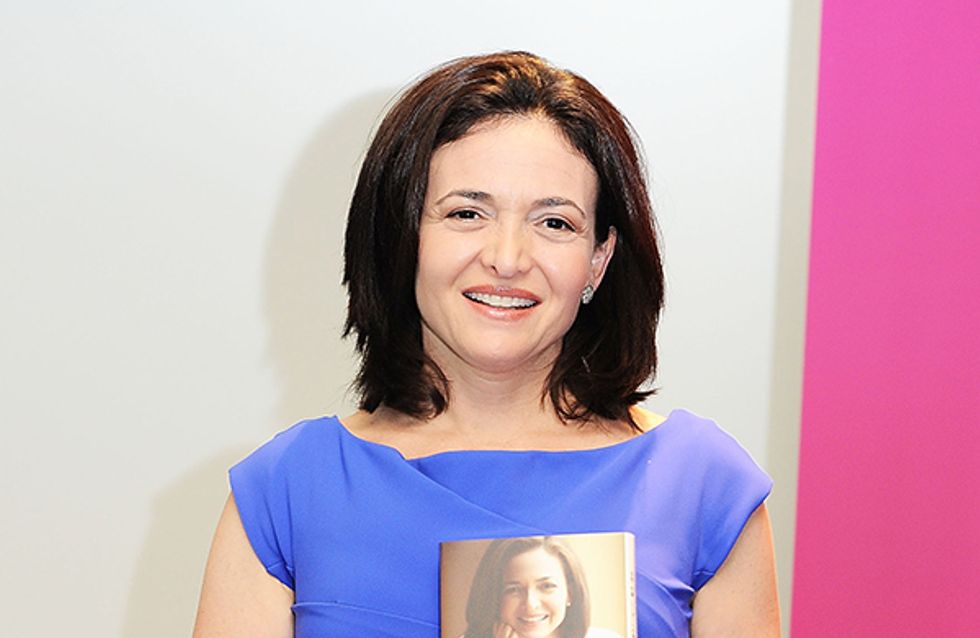 A recent survey by MaternityCover has discovered some shocking stats about how women feel their careers are affected by having a baby. From getting overlooked for promotion to fearing redundancy, it's time for things to change.

It's no secret that women get pregnant - in fact the world would be pretty screwed if we didn't - so why is it that women in the work place and jobs market feel so unsupported? Surely we're at a place where women shouldn't have to feel their careers are hindered by this fact of life?

The results of a new study by recruitment specialist maternitycover.com, carried out on netmums, show that almost three quarters (72%) of women feel that their promotion prospects were dramatically changed as soon as they had children, with 1 in 3 women feeling they are overlooked for promotion because they're at a childbearing age. What's more, a massive 45% of this group believed they could prove it too.

This kind of discrimination just shouldn't be happening in the here and now and harps back to Sheryl Sandberg's mantra that women need to lean in and voice these issues to their employers.

​The newly released report is called Boardrooms and Babies and shows that over two thirds (70%) of women polled felt that going on maternity leaves a woman’s job vulnerable to ambitious colleagues or redundancy, with almost half (48%) of this group admitting that in current economic times people don’t think twice about trampling on colleagues to get on.

And with 68% of women admitting to earning less than they did before having a baby, and only 5% experiencing an increased salary it seems the 'curse' of being a woman often leads to reduced financial circumstances your whole working life through.

Seeing as women are just as likely to enter the workforce as men it seems archaic at best that employers aren't making more provisions to ensure their female employees feel secure, valued and supported. It's shocking to learn that almost half of women (45%) get into debt due to maternity leave pay, with 23% of these women blaming their firm’s poor maternity package.

And, during what is a pricelessly precious time with your newborn, sadly over half of women (54%) are forced to end their maternity leave earlier than expected due to money worries.

Paul Jenkins, CEO of maternitycover.com, says: "Women face countless unspoken taboos when it comes to having children and maintaining a career. Our survey, Boardrooms and Babies, makes this all too clear. We wanted to drill down into what women really experience, practically and financially, in the workplace when a baby appears on the scene. Only by lifting the lid in this way can we encourage conversation and improve communication between everyone involved."

​Despite these gloomy circumstances, 73% of women surveyed maintain that they are better employees as a result of having a baby, with 32% of this group believing motherhood has made them more focused and organised.

So what's going wrong? We asked Kasie Davies, Communications Director at Maternity Cover to get her view on how to manifest change.

What can or should women be doing to safe guard their careers?

Know your rights. A woman is not legally obliged to reveal her pregnancy until 15 weeks before the start of the week her baby is due, and employers can’t discriminate against her on the basis that she is pregnant. She also has the right to return to the same job (or one with the same benefits and status, if she returns to work after six months). An alternative job should be offered if a redundancy situation arises.

​​What do you think needs to happen in order to make employers more supportive of women during pregnancy and motherhood?

There needs to be a shift in attitude and communication. Employers need to understand that a woman does not become a less valuable employee because she is a mother. In some cases, she will become more valuable. With limited time before the school pick-up, it is often the case that she will focus and apply herself more than ever before to get the job done.

Improved communication between boss and mother-to-be is equally important. The onus is on the employer to open up dialogue and discuss concerns that may exist on ‘both sides’. By doing this they will create a more mature and honest workplace, which will become better for all.

Are there any measures employers should be taking to reassure their staff when they become pregnant?

Again, it comes down to communication between employer and employee. Our survey showed that women worry a lot about causing problems for bosses by becoming pregnant. They also worry about being taken less seriously and not being offered the same opportunities. By the same token, for companies – particularly the small ones – maternity leave presents challenges too. Many employers initiate little or no discussion surrounding these issues. This is when resentment builds up. By discussing concerns openly and honestly they will create a better working environment for everyone.
​

Tweet us @sofeminineuk and let us know how and if you think your career is affected by these issues.