Girl Code: 13 Things Women Need to Stop Doing To Each Other

by Tolani Shoneye Published on 6 March 2015 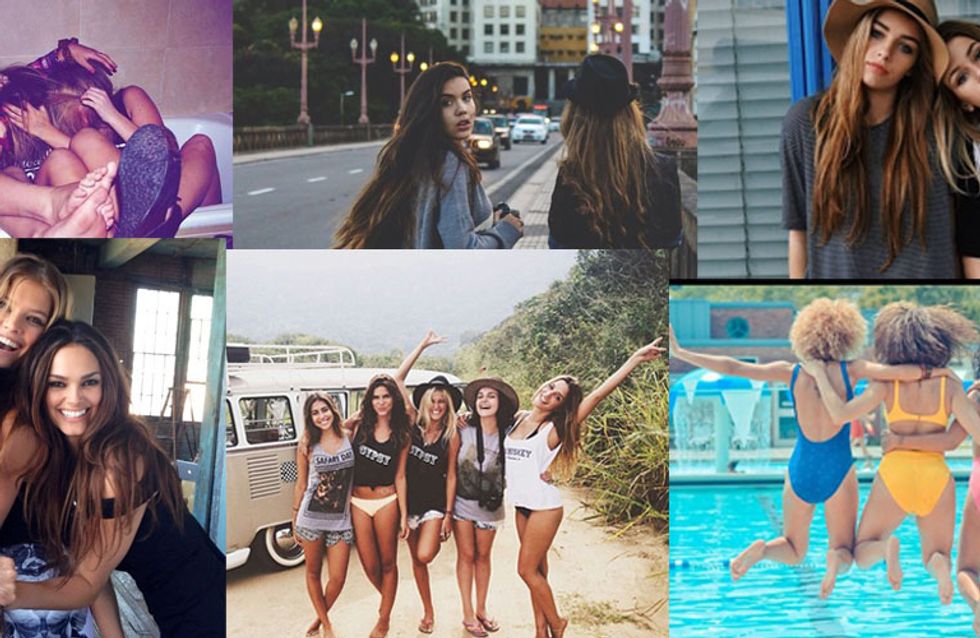 It’s hard out here for us ladies, we have to deal with our fair share of sh*t. But let’s face it girls, we don’t make it easy for ourselves, at times we can be our own worst enemies. We bitch about each other, we spread rumours and we are the harshest critics of other women. But this needs to stop! And here are 13 more things we all need to collectively put a stop to - pronto!

Ok ladies, this needs to stop. We need to stop referring to each other as whores or sluts. Firstly because morality is subjective, who are you to decide the acceptable amount of sexual partners? Secondly another woman’s sex live is none of your business, and thirdly like Ms Norbury said ( Mean Girls) … “ You all have got to stop calling each other sluts and whores. It just makes it okay for guys to call you sluts and whores.”

This should really say "stop giving sh*t advice." So this is the third time your best friend has come crying to you about her cheating boyfriend. Yet you advice her to do whatever makes her happy. This is crap and you know it. Stop telling her what she wants to hear because it’s the easier option. Tell her what she needs to hear, it might seem harsh now, but it’s better for her in the long run.

3. Blaming The Woman, When Your partner Cheats

Hating or blaming the woman your partner cheated on you with is just ridiculous. It’s likely she didn’t know your man was in relationship, and you have to remember she owes you nothing. She was not the one in a relationship with you, she didn’t break your trust or your heart so hating her makes no sense. She is not the enemy here your cheating boyfriend is.

4. Knowingly Going After Another Woman’s partner

While we are on the topic of relationships, women the world over need to stop this, and stop it now. It’s not ok to contribute towards another woman’s hurt. If he is married or in a relationship, it is a no go area! Do not knowingly go after another woman’s partner, if we all stop doing this, it's almost certain the world will be a happier place.

Compete for jobs, compete in sports, compete for accomplishments but don't compete for men…We know better than that ladies. We should never compete with other women for a guy's attention. Mostly because they are not really worth it, and there’s plenty more around.

7. Promising Secrecy Yet Not Doing So

It’s a secret, and by definition it should be kept unknown by others. So if a friend tells you something in confidence, keep it between the two of you.

8. Bitching About Other Women

We really need to give it a rest. We have been bitching since primary school, surely we are bored of it now. It’s negative and it needs to stop.

9. Making a Women Feel Less of a Woman.

There are no set ways to be a woman. Just because another woman chooses to not have children, or chooses to be a stay at home mum, doesn’t make her less of a woman. We are all in this together, we need to stop talking each other down, and instead try to lift each other up.

She has small boobs, while yours are a DD, naturally. She is not that smart, while you got a 1st class degree. SO? We need to stop putting down other women down in order to make ourselves feel more confident. Real confidence is within you, you don't need to bring another woman down to find it.

Say what you mean and mean what you say. If you say to your friends you are going casual, then go casual. Don’t and I repeat DON’T show up with fake tan, eyelashes and ten-inch red platforms. It’s not cool.

If you like her top, tell her. If she looks nice, let her know. You could be making her day.

​This is basically betrayal. It doesn’t matter how nice you look in the picture, if your friend looks bad, you don’t post it. YOU DON’T POST IT!

Do you have anymore rules to add to this, tweet us @sofeminineUK! #girlcode