No More Miniskirts! 6 of the Craziest Laws against Women’s Rights Worldwide

by Stephanie Ashley Published on 24 February 2014 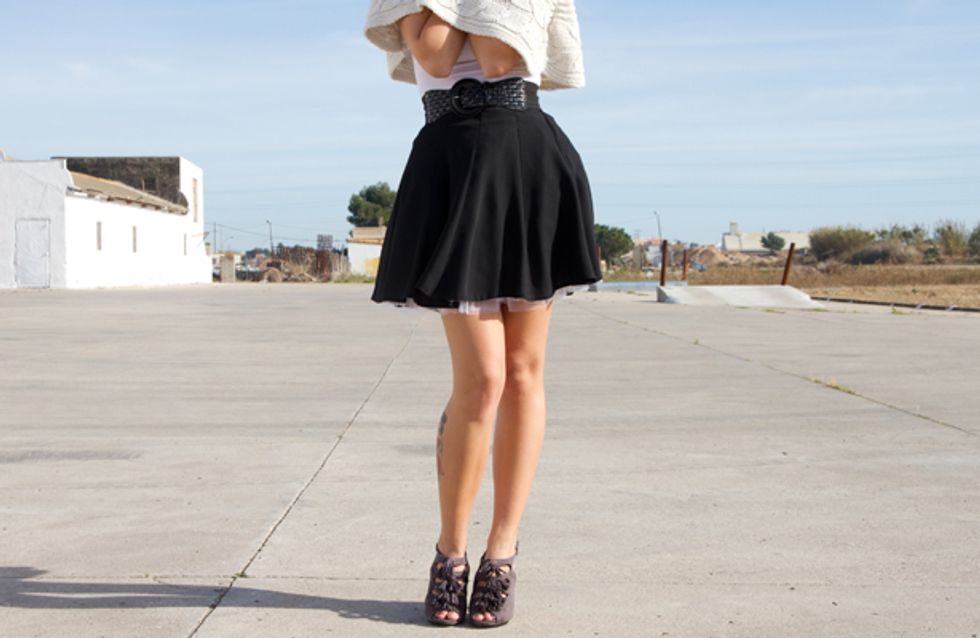 To think that in 2014 someone, anyone, can tell an independent, adult woman what she is allowed to do and wear almost sounds too ludicrous for words, right? Well, sadly that kind of thing happens all over the world, every single day. Often out of a misguided desire to 'protect women’s modesty', men around the world have taken it upon themselves to enact laws that restrict women’s basic rights. Now we’ve got the craziest ones of all…

Women are pretty used to being on the bum side of the law throughout history. It hasn't even been 100 years since women got the right to vote in the UK yet.

But things are better today though right? Well, no, not really. Within the past two years, governments around the world have enacted and enforced some pretty crazy, misguided laws meant to protect women.

So we did the research and have made a list of the most insane laws from recent years that have inhibited women’s basic rights…just a warning, these are gonna make you angry.

1. No lace panties in Russia

The most recent infringement on women’s rights happened just days ago when the countries of Russia, Belarus and Kazakhstan decided to stop any underwear containing less than 6 percent cotton from being imported, made or sold spelling the end to sexy lace panties.

The official reason behind the ban was so that women's lower regions could "breathe". How thoughtful.

Unsurprisingly many women's rights campaigners said the action was sexist with women flocking to the streets with lace underwear around their heads on Sunday February 16th in a Panty Protest, yelling “Freedom to the panties!”

Back in 2012, officials in Indonesia created a ban to prevent women from straddling motorbikes or holding on to the driver while riding the back of a bike. In a New Year’s speech, mayor of Lhokseumawe in Sumatra, Suaidi Yahya said, “We wish to honor women with this ban, because they are delicate creatures.”

Critics came forward in outrage that officials were putting tradition and religion before the safety of women.

3. Women in Swaziland not allowed to wear miniskirts

Just a few months after the Indonesian motorbike ban, police in the small, conservative African kingdom of Swaziland stopped women from marching in mini-skirts to protest rape. Nearly a month later, threats were made that the government would begin to enforce a colonial-era law banning women from “immoral” dressing, including mini-skirts. The ban even applies to low-cut jeans. Really!

Luckily, the government stuck to their Constitution, which is supposed to protect the rights of women, and did not enforce the law.

In Saudi Arabia, women are legally not allowed to drive because in order to drive, they must uncover their face. But it's not just because of that; if women are taking up the streets it will leave no more room for men. And if women have access to cars, they will be able to leave the house more often and see more non-relative males. Oh no…

Women across Saudi Arabia have been fighting the driving ban since 1990, when dozens took to the streets. Now, since the dawn of Arab Spring, Saudi women have started the “#women2drive” movement. In October 2013, dozens of women defied the ban and drove around, some even going to the supermarket.

​This law is still intact and enforced today.

5. Even mannequins in Mumbai must be modest

Violence has been a hot topic for India for the past several years, as well it should be! According to the National Crime Records Bureau in 2013, one woman was raped every 20 minutes in India.

​In an effort to stop all the violence, officials proposed a new law that would allow them to make shops remove “under-dressed” mannequins. Now even a female mannequin has no right to dress as she pleases. Sigh.

Until February 2013, it was officially illegal for women to wear pants in the city of Paris. In 1799, the police chief of Paris decreed that any women wishing to wear trousers had to seek permission from the police.

Though many people have previously tried to have the law revoked, it was always too much hassle to remove it from the books. Finally a woman was the one who had the law struck down. Here’s to pants!