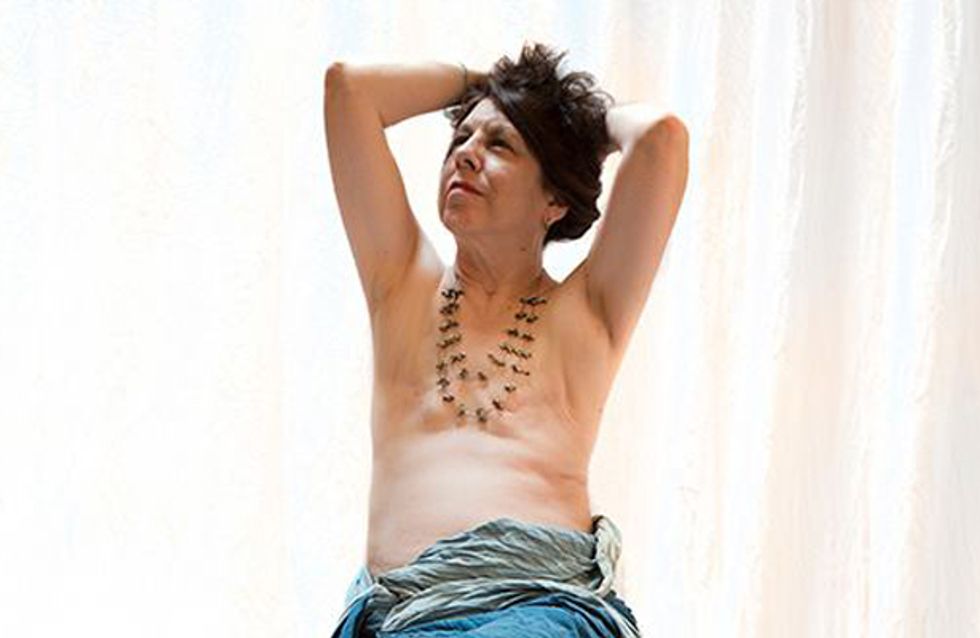 According to Breast Cancer Care, breast cancer affects one in eight women. The invasive procedures used to treat it completely transform a woman's body into a new kind of grace that challenges today's idea of what beauty looks like...

New York photographer, Charise Isis, once worked as a stripper after moving to NYC from New Zealand in her twenties. In that fringe world of exotic dance - so often chastised and deemed immoral by the media - she met other dancers who taught her that strength and one's sense of self must come from within and not from public opinion.

Isis carried those lessons into her current work, The Grace Project, where she documents women who have discovered endless reserves of resilience and power inside themselves after undergoing mastectomies in order to fight their breast cancer.

The participants in Isis' photo series mirror the poses of Hellenic sculptures. “These dismembered artifacts have survived the trauma of history and are still valued as objects of beauty within our culture,” she explains on her site.

As viewers, we do not see them as women without breasts but women who have conquered fear of death, fear of rejection, and their own shame to reach a point of acceptance of their new bodies. In that sense, they are more whole than many of us.

We'd love to know how The Grace Project moved you? Tweet us @soFeminineUK