Is The Victoria's Secret 'Perfect Body' Campaign Sending The Wrong Message To Women?

by Cliche Wynter Published on 29 October 2014 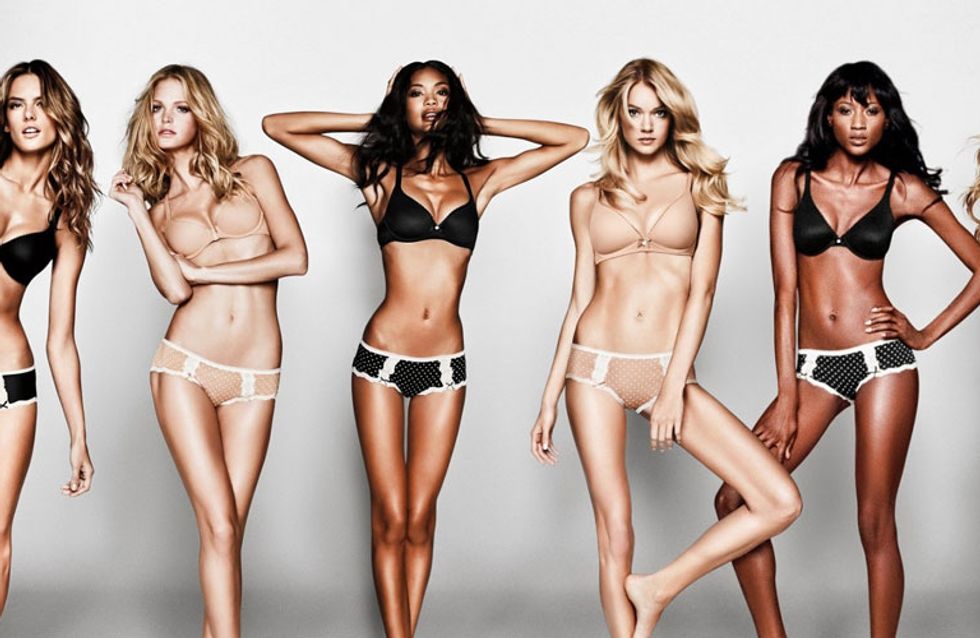 While most of the world is gossiping about whether or not Suki Waterhouse will model in the Victoria's Secret annual fashion show, they might be missing something a lot more jarring from the mega brand: their "Perfect Body" campaign. Are the new ads sending the wrong message about body image to women? According to outraged customers, YES they are.

There's absolutely no denying the power Victoria's Secret possesses. A 2012 YouGov study revealed the brand is the most popular clothing company in the US with great influence in Canada, the UK, and beyond. It has also been reported that their annual fashion show is broadcasted in at least 200 countries. So in case it's still unclear: they're kind of a big deal.

You'd think they would be aware that with much power comes much responsibility, right? Yeah, you'd be sadly mistaken. Their "perfect body" ad campaign is an unfortunate indicator of how out of touch they are with the women who purchase their products.

In what can only be deemed as negligent marketing, Victoria's Secret thought it was a great idea to promote their new range of body bras with images of gorgeous thin models with the words "the perfect body" scribbled on top of them.

While we're thoroughly aware that advertisements are all about selling a dream and aspirational lifestyle to consumers, one has to wonder just how far we should allow them to go. It's one thing to lust after a fancy car and a decked home. But is it okay to promote the notion that tall and thin equates to the "perfect body"? Inadvertent or not, the answer is no.

Women are already faced with endless pressure to be "beautiful"; from the stars of Hollywood to the girl staring in horror at her cellulite in a Forever 21 dressing room. Body confidence is an issue that every woman can relate to, even the seemingly "perfect" models used for this campaign.

Victoria's Secret customers are understandably ticked off at the brand and have even signed a petition on Change.org imploring them to not only apologize for their gross negligence, but to also amend their offensive marketing for the 'body' bras. It reads:

"We would like Victoria’s Secret to change the wording on their advertisements for their bra range Body, to something that does not promote unhealthy and unrealistic standards of beauty, as well as pledge to not use such harmful marketing in the future.Tweet #iamperfect to @VictoriasSecret to help spread the message!"

What are your thoughts on the "perfect body" campaign? Harmless or damaging? Tweet us @sofeminineUK