Tiredness, dizziness and pains in pregnancy

by cheree Published on 1 November 2011 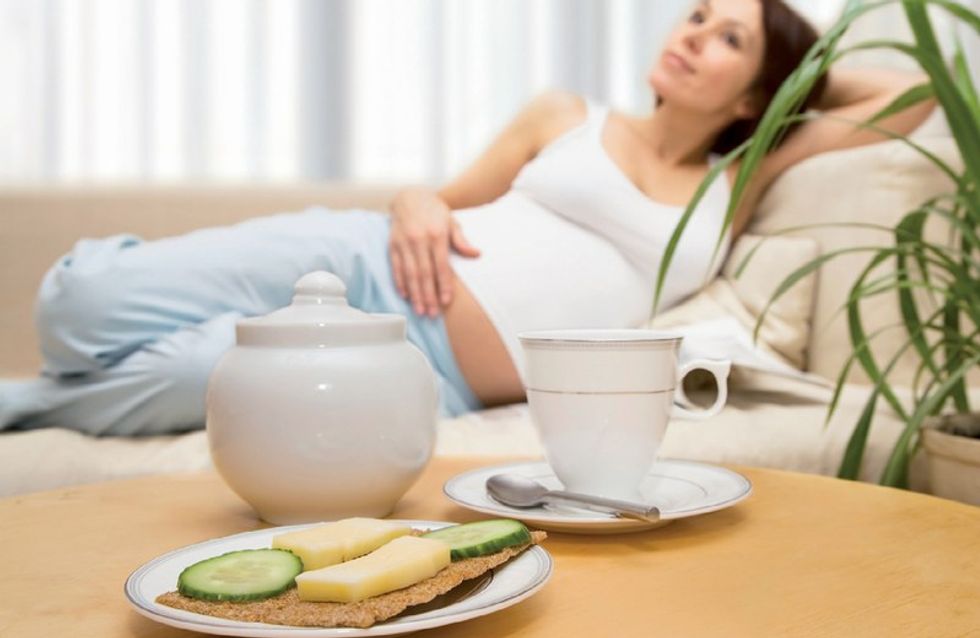 Excessive tiredness is common during the 1st trimester of pregnancy because of the hormonal changes, and the nausea and sickness which reduce your food intake.

It's also possible at the end of pregnancy, especially if you're sleeping badly, expecting twins, already have other children to look after, etc.

Try to rest as much as you can throughout your pregnancy. And ask your partner, family, friends or neighbours to help out with household tasks and shopping.

See your midwife or doctor so they can examine you and check that everything is alright, and that you're not suffering from a lack of red blood cells (anaemia), which is possible, especially if you're expecting twins or have had several pregnancies in succession.

An iron supplement is often recommended during the last two trimesters of pregnancy, particulary when pregnancies have been close together or if you're expecting twins. Speak to your doctor or midwife who will advise you on any supplements you may need to take.

Dietary advice to overcome tiredness in pregnancy
Sufficient intake of iron is essential in pregnancy for both the health of the woman and the development of the fetus.

In pregnant women, iron deficiency can lead to tiredness and infections. Iron needs during pregnancy are estimated to be about 20mg per day, or even more during the last six months of pregnancy.

Such a large intake is difficult to obtain and requires regular intake of bread, green vegetables, meat, fish and eggs.

If you're vegetarian, there's no reason to start eating meat because you're pregnant! You just need to plan your meals carefully, paying particular attention to ensure you get enough protein, calcium, iron and Vitamin B12.

However, if you're vegan, bring this up with your doctor as you may need to take supplements.

Dizziness in pregnancy can be linked to a drop in blood pressure when standing. Lie down on your left side with your legs elevated slightly by a cushion.

If the dizziness is combined with sweating and it's a while until the next meal time, you might have hypoglycaemia (deficiency of glucose in the bloodstream). Lie down, drink something sugary (e.g. herbal tea or fruit juice) and have a snack.

If you get dizzy on a regular basis, despite eating regularly and eating a balanced diet, speak to your doctor about it.

Pains and discomfort in pregnancy

Pain and discomfort is common in pregnancy. More often than not, it's harmless but it can nevertheless be an early sign of a serious problem that needs treating.

If you don't feel well, lie down on your left side so that the uterus doesn't constrict blood flow in the inferior vena cava.

Put a cushion under your legs in order to lift them a little and facilitate blood return from the legs to the heart. Avoid sleeping on your back. Undo your clothes: top button, belt, bra, etc.

- A temporary drop in blood pressure. If this isn't accompanied by abdominal or shoulder pain, or vaginal bleeding, you'll quickly feel better again. This quick return to normal should reassure you.

- A miscarriage (in the case of vaginal bleeding).

- A drop in blood pressure, linked to standing (orthostatic hypotension), which pregnancy favours because of the accumulation of blood in the veins of the lower limbs. Lie down on your left side and raise your legs, you'll soon feel back to normal again.

- Anaemia. Usually related to a lack of iron, anaemia is common during pregnancy (and even more so in pregnancies that aren't very spaced out), during fasting for Ramadan and if you don't have a nutritionally balanced diet.

If you're suffering from anaemia, the following symptoms will be noticeable: pale skin, yellowish whites of the eyes, extreme tiredness, fast pulse, and shortness of breath during physical activity. Speak to your doctor to see if you need a blood test.

- Hypoglycaemia, which is quite common. Hypoglycaemic "attacks" occur between meal times and are accompanied by sweating. You'll feel better after drinking a sugary drink.

To prevent these hypoglycaemic attacks from happening, eat regular meals three times a day with snacks at 10am and 4pm.

- Identical causes to those for the 2nd trimester.

- Compression of the inferior vena cava and aorta by the uterus, which is very large at this stage of pregnancy. The pain occurs when lying on your back.

Treatment is very simple: turn on your left side and bend your legs ever so slightly. The pain will disappear while your pulse and blood pressure return to normal.

by cheree
#First Trimester#Key concerns#Second Trimester#Third Trimester
From hair ideas to outifts, look no further for your daily inspiration

Early signs of labour: How to know you're giving birth
by the editorial team

Beyonce
by the editorial team