Is Change.org the way for women to be heard

by Maria Bell Published on 23 May 2013
© Take from the No More Page Three campaign's official facebook page.

If you’re not happy about something you change it right? That’s why women in their thousands have been signing their way to equality through the UK’s largest e-petition site change.org. And guess what? Things are changing…

As the largest online e-petitioning site, Change.org allows anyone from mega musicians to us average joe’s to set up a petition (according to the guidelines), which if it gets enough signatures, could be used for real life change.

Let’s just give a few examples. In recent months petitions asking for Amazon to pay UK corporation tax, for the Home Office to stop treating 17-year-olds in custody as adults and for the Government to drop the Health Bill have all been created. As you can see, these 2.2 million users aren’t messing around…But what does this have to do with women?

While 53% of the site’s petitions have been started by men – big whoop for equality here – around 70% of people who sign are women and the most successful campaigns have been from women too. In the last year Change.org has seen some of the most influential campaigns for equality begin as a change petition.

Things like the No More Page Three campaign, the campaign headed by Lucy Holmes to ban topless models appearing on Page 3. The campaign that she hoped would only get a couple of hundred signatures has now got over 100,000 signatures including major celebs, has had international press coverage and has even caught Rupert Murdoch’s attention.

Only this month a petition calling for the recent Disney ‘makeover’ of wild, unkempt Brave’s heroine Princess Merida into a virtually unrecognisable curvaceous sexualised version to be reversed has appeared. The petition gained over 100,000 signatures in just over a week and has the support of the Brave director and Merida’s creator Brenda Chapman.

While neither of these have closed, lets be honest, that’s not really the point anymore.

Already these two petitions have managed to highlight the issues that are faced by women that would have otherwise been seen as ‘the norm’, ‘just what happens’, the things ‘we don’t have any control over’.

Instead women and men have become globally active in getting their voice heard in a way that can produce real life change. Already student unions have banned stocking The Sun and advertisers have stopped their contracts with paper. It is happening.

And it hasn’t just been these two. Lets not forget other campaigns calling for the Indian government to reform it’s laws and attitudes towards after the gang-rape of a 23 year old student in Delhi. Or the very recent petition asking for female faces to be kept on bank notes.

While cynics say that online petitions are just gimmicks and don’t stir-up the kind of deep rooted support which comes from offline protests, what e-petitions do undeniably allow is fast, easy, global support; a viral voice.

Where before this kind of protest would have been restricted to geographically limited protests, a couple of complaints for Watchdog and a few inspired pieces in the press now there is a way for women (and of course men) to speak up about the everyday issues that effect us, our basic human rights and government policy without feeling ignored.

These are issues affecting every woman, everywhere, from rape to recognition and the beauty is that everyone can get involved in changing it. 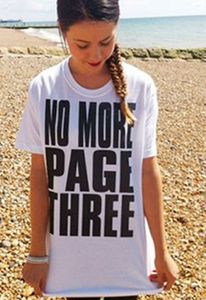