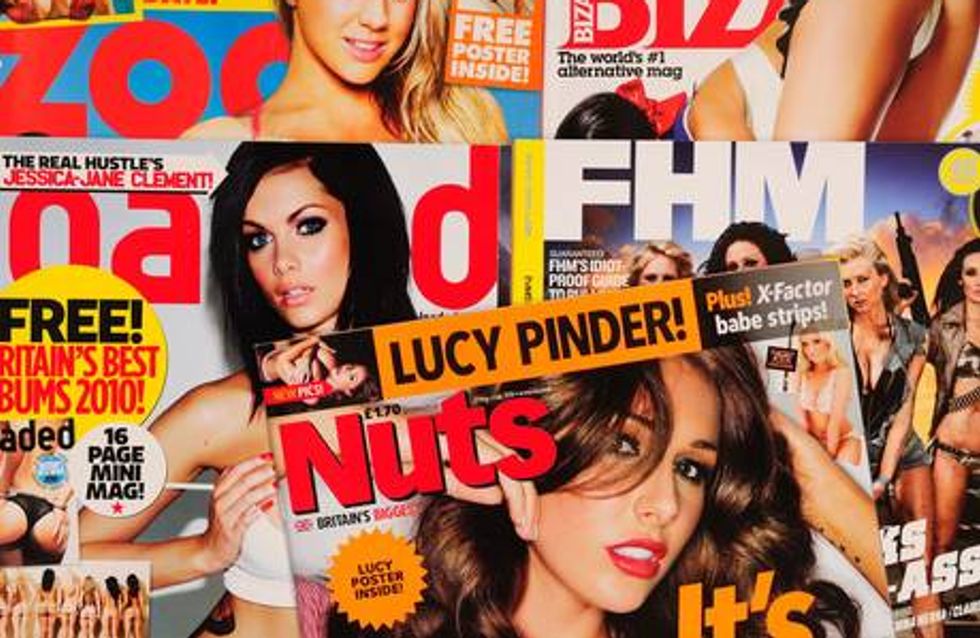 This weekend in an open letter to The Guardian, 11 of the nation’s top lawyers and infamous Women’s groups Object! and UK Feminista showcased their new campaign, ‘Lose the Lad's Mags’. But what is it all about? This campaign goes a lot further than kicking up a fuss about the sexist and demeaning way that these magazines portray women. According to the campaign, displaying and selling traditional Lad's Mags and papers with naked or semi-naked women on the front constitutes sexual harassment and

We’ve all been innocently strolled towards the magazine aisle in the supermarket looking for our latest glossy only to be met with a face-full of boobs. We mean, there’s nothing wrong with boobs, but seriously there is a time and a place, and that place is arguably not next to the kids comics at 10am on a Sunday morning…

But do these awkward, outdated and frankly kind of embarrassing Lad’s Mags and the retail giants that stock them deserve to face legal action?

Well according to the campaign website, Lose the Lad's Mags, yes they do.

Sophie Bennett, Campaigns Officer for Object says: “Lads mags dehumanise and objectify women, promoting harmful attitudes that underpin discrimination and violence against women and girls. Reducing women to sex objects sends out an incredibly dangerous message that women are constantly sexually available and displaying these publications in everyday spaces normalises this sexism. It is unacceptable that major retailers continue to expose staff and customers to such sexist and degrading material.”

Saying that selling this kind of material could constitute legal action is nothing new. The idea that you can sue employers and retailers for displaying Lad’s Mags has in theory been around since the Equality Act 2010 came into action. In fact several cases citing Lad’s Mags as sexual harassment and discrimination have already succeeded since the Act came in, and this campaign wants to see more action.

On day two of the campaign, coverage has been dramatic throughout the British Press and on Twitter (#losetheladsmags) too, but it hasn’t all been positive.

Some have criticised that the scheme is just a way for lawyers to cash in, a big publicity stunt with no actual aim, that targeting Lad’s Mags could actually harm equality and even increase violence against women, but the campaign argues that "Page 3-style front cover images can constitute sexual harassment or sex discrimination under the Equality Act 2010."

The real issue is how women are presented in society. If we look at the success of campaigns like No More Page Three, and The EveryDay Sexism Project it seems that more and more we're ready to start questioning the way women (and men) are objectified in the media and beyond.

Want to sign the petition? Just go to Lose The Lads Mags website to put your name down.

What do you think? Is the Lose The Lads Mags Campaign a good idea? Or is it a step too far? Comment below or tweet us @sofeminineuk