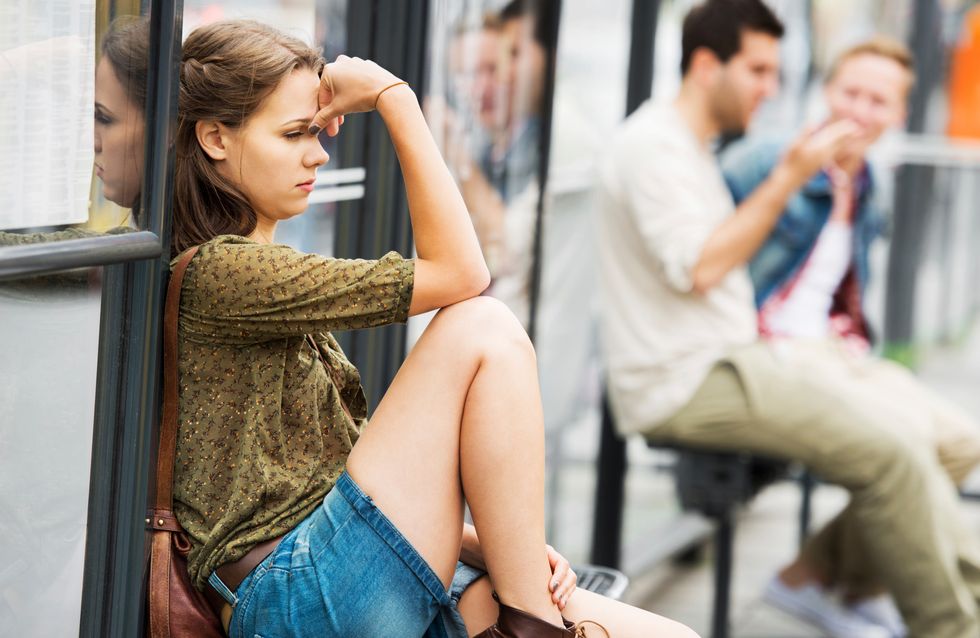 In what could be a new victory against cyber-bullying, two teenage girls in Sweden have been jailed and ordered to pay damages to victims of their ‘Slut Shaming’ page that sparked violent riots in Gothenburg. But are these sentences for ‘slut shaming’ justified or do we all just need to grow up?

Back in December two girls aged 15 and 16 created the ‘Sluts of Gothenburg’ account on Instagram which showed pictures of their classmates (girls and boys) annotated with derogatory remarks. They then put the question out there ‘which young people are the worst sluts in Gothenburg’ and received hundreds of responses.

But the schoolgirls’ swipes got a whole lot more than they bargained for when the account started to get noticed by a lot more people than their classmates. At one of the girls’ schools, a crowd of hundreds of Gothenburg’s indignant norms showed up in protest at the ‘slut shaming’ site, prompting the police to be called.

In a dramatic turn both girls have been found guilty of defamation and been made to pay more than £55,000 in compensation to their victims. The eldest girl was sentenced to community service; the younger of the two was sentenced to a juvenile detention centre.

Slut shaming for all of you people who don’t know what we mean is when someone is publically shamed by another person for having sex (or anything in that context).

This has become quite the social ‘thing to do’ among teenagers, prompting Memes, Facebook pages, Twitter accounts and Instagram accounts to pop up all over the place with the express intention to humiliate others about their supposed sexual promiscuity. Heads up, this is mainly girls lashing out against other girls.

It might smack of childish games and school ground bullying but we all know that childish games can quickly turn serious. But this time this isn’t Lindsay Lohan and Tina Fey having a show-down a-la Mean Girls burn book, these are real people and real lives being targeted by people’s inability to accept that nowadays it’s OK for women to have sex with whomever they want as much as they goddam’ like. Hello, times have changed people!

Arash Raoufi, the lawyer for the plaintiffs, said the verdict was a great example to show that hiding behind an online pseudo-name to humiliate and abuse others will not hide you from the law.

“Many think they are anonymous when they are sitting behind a computer and therefore take greater liberties than if that anonymity wasn't there,” he said.

“The verdict sends a signal to young people and society that this indignity culture cannot be allowed to exist. I hope it will also result in parents being more alert to what kids do at the computer.”

We hear you Arash, but others don’t seem so sure. The 16-year-old's lawyer Claes Östlund said to The Local that he thought the sentences were 'a little harsh' and was not happy about the ruling, stating that the girls' parents must pay half of their fine.

“How can you stop your daughter from going in on the net and writing that someone is a whore when you don't even have a computer yourself?”, he supposed.

But what do you think? Should online ‘slut shamers’ be punished by the law? Or is there a better way to tackle the problem? Let us know what you think about it all by tweeting at @sofeminineuk.