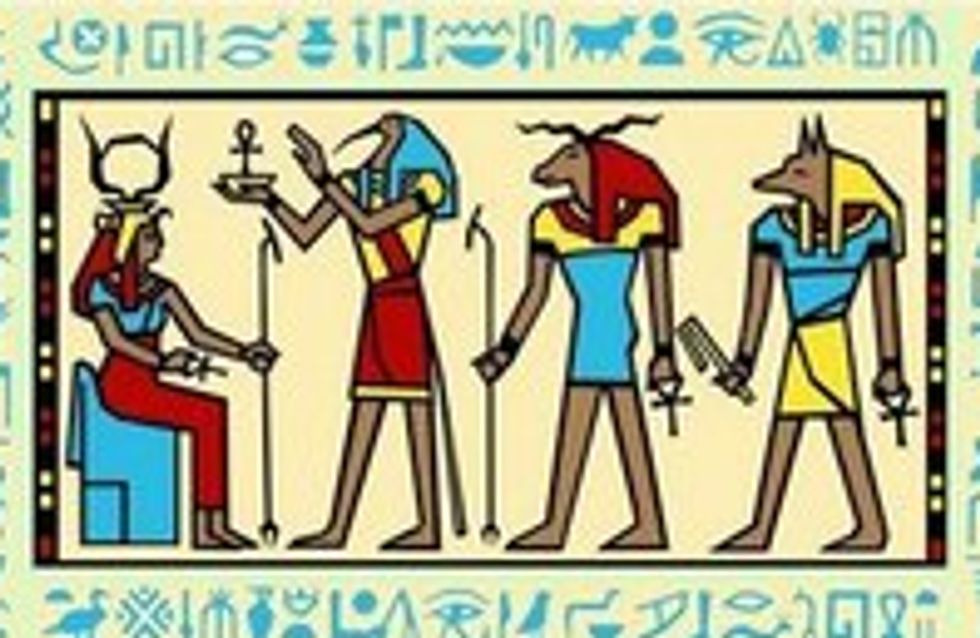 The birth of Egyptian astrology
Foreseeing the date the Nile overflowed was important for the Egyptians. They noticed that the floods started when the fixed star of Sirius appeared on the eastern horizon at the same time as the sun (known as the ‘heliacal rising’ of Sirius). The overflowing of the Nile meant the flooding of the river banks and the fertilisation of the earth. This is why Egyptian astrology is based on agriculture, the cycle of the seasons and vegetation.

The position of the sun
The only star that really fascinated the Egyptians was the sun, because of its regular cycle. The great priests of Heliopolis, an ancient sacred city, taught that the sun god Re appeared in different positions according to the time of day, in parallel with the 4 ages of man. The morning sun was represented by a child, the midday sun by an adult or a falcon, the sunset by an old man and midnight by the corpse of Osiris in the underworld.

Although their astronomic, esoteric and artistic techniques were without a doubt highly developed, and their beliefs in the afterlife increased knowledge, the Egyptians were certainly a long way behind the people who succeeded them in Mesopotamia in terms of knowledge, and it was thanks to these people that they had access to such knowledge.

The year was divided into 12 months, each of which was then divided into 3 periods of 10 days. The ancestry of decan astrology is still used in contemporary popular astrology. Their oldest representation can be found in the grave of the 5th dynasty (around 2000 BC).

The 12 Egyptian zodiac signs are: