Former Friends actress Jennifer Aniston was looking less than perfect this week after it was revealed she'd been left with unsightly marks after her cupping therapy. But could there be a reason behind Jen's latest treatment? Some think she might be trying for a baby...

Jennifer Aniston stepped out with some bizarre circular marks on her back this week.

It quickly emerged that the blemishes were in fact a result of a detox therapy called cupping, which Jen is said to have been using for the last six years.

The usually immaculate star wore a black strapless playsuit for the premiere of her movie Call Me Crazy on Tuesday night, with her hair tied back in a pony tail.

This meant her upper back was totally exposed and the unsightly marks were hard to miss.

It looked like Jen had tried to cover up the circles with make-up, but the after-effects of cupping mean the red blemishes are usually visible for between three and seven days after treatment.

The therapy is considered an alternative to body pampering and uses cups, which are placed on the skin to extract impurities and help with everything from circulation to neck pain.

Many fans of cupping also believe it increase fertility, which has therefore prompted rumours that Jen is trying for a baby with her fiancé Justin Theroux.

Jen, 44, has found herself at the centre of hundreds of pregnancy rumours since getting together with 41-year-old Justin.

The actress cleared her schedule at the end of last year, not long after she'd been spotted out in baggy clothes with her hand over her tummy.
​
Some reported that Jen had dropped out of a number of planned films because she was planning to become a mum - but her rep quickly dismissed the rumours as "rubbish".

​More recently, Star magazine claimed Jen was thrilled to be expecting her first child after years of fertility treatment.

The sources told the US tabloid: "Almost two years after beginning the in-vitro process, Jen and Justin received the happy news they’d be waiting for."

​They added: "Between the frozen eggs and the fertility treatments, she was hoping to get lucky, but she tried not to think about it to much because of the disappointment.

​"When she found out it worked and she is having a baby, she burst into tears."It's a lovely story, but sadly, not true.

​A rep for Jen confirmed to GossipCop: "Star magazine is shockingly wrong again. She is not pregnant." 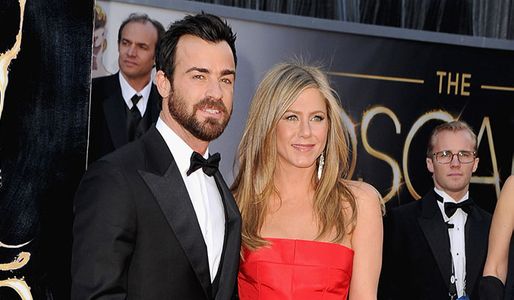