Made In Chelsea Season 5: Lucy Watson plays Spencer Matthews "at his own game"

We are yet to see any other characters take centre stage since the birth of the relationship quadrangle that is Spencer Matthews and Lucy Watson, and Andy Jordan and Louise Thompson. True to form, Louise and Andy were sickeningly "happy" and Lucy and Spencer continued their hard to get game.

Following last week’s episode of Made In Chelsea - in which Lucy Watson kindly informed Spencer Matthews to "enjoy [his] freedom" - it came as little surprise when Lucy declared last night: "Two can play that game."

And we know if there's anyone who likes a good game, it's self-confessed player Lucy Watson.

All set to put tight-jacketed Spennie behind her, Lucy went on a girls' night with pal Binky.

Spotting a hot guy at the bar, Lucy made her move and invited new boy Alex Mytton to her house warming...at a pub.

Fast forward to the party to celebrate her big move with the adorable Stevie Johnson, and we see Spencer get a taste of his own medicine.

And he did admit: "My medicine tastes sh*t."

Spencer had a chat with Lucy, during which she told him she wasn't interested in hearing about his "freedom" and as an "all or nothing girl" it was going to have to be nothing.

Didn't hear things like that from Louise, did you Spencer? 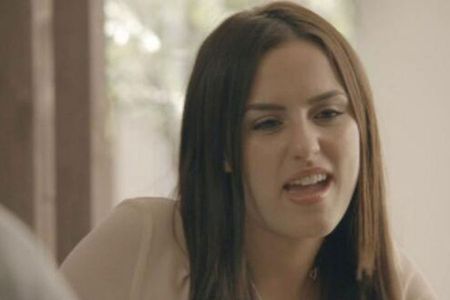 Spencer soon left the party after trying and failing to set the new guy's hair on fire just by the power of his best mafia stare.

Queue one of the cattiest "b*tch fights" we've seen this season. Louise's quibbles are a walk in the park compared to blonde duo Phoebe Lettice and Olivia Newman-Young.

After learning that Lucy's date is in fact Phoebe's ex of three years, the fashion assistant came over for a chat - which involved warning him off her and insulting her party.

Olivia then arrived and pointed out Lucy's penchant for "sloppy seconds".

Consistently smiling - they were very pleased with themselves - Phoebe and Olivia were then forced to explain why they were even at the pub to begin with (as they certainly weren't invited by Lucy...).

We're guessing the producers told them to go...

Meanwhile across the borough, Spencer - looking like his medicine made him physically ill - paid a visit to best mate Jamie Laing.

The guys had a heart to heart in which Spencer actually told his "boi" he's quite fond of being in a relationship and doesn't want to "die alone".

Bit dramatic for a 24-year-old.

He toys with the big decision to "get out of Chelsea for a while" - these people have such understanding bosses - while he decides what to do about Lucy.

Flashback to earlier in the episode, and we saw Spencer making amends with Andy Jordan, despite Jamie's brotherly support insisting his actions were both "shady" and "snaky".

Don't worry though, Spencer isn't an entirely changed man - he went on to declare that Andy is going to be destroyed by his "nightmare" ex, fundamentally because he's just a "guitar paying tw*t".

Despite a very awkward and hostile conversation with Louise Thompson - in which she gave no apologies for still being angry with Spencer - she and Andy are of course "happier than they've ever been".

So happy they skateboard down the street in tandem - really.

The show ended with Andy telling Louise he's falling in love with her and all of us hoping she's not quite as crazy as she seems.

Wonder how he feels about Niall Horan right now...