Made In Chelsea Season 5: Spencer and Louise waste no time moving on with Lucy and Andy

Spencer Matthews and co. continue to keep us hooked to our screens. Last night saw him well and truly move on from ex Louise Thompson with the notorious Lucy Watson. But Louise only shed a small tear, as she soon got chatting to Andy Jordan - and we reckon this might go somewhere...

The banks may have been shut but the MIC 'dramz' knows no public holidays. But there was a touch of the lazy sunshine vibe in this week’s episode, compared with last week’s corker. Rather than shouting matches and lies, lies, lies - it was more of a slow-burning show focusing on hooking-up and fizzling out.

Spencer Matthews and Louise Thompson's relationship and subsequent mega-split has been the subject of Made In Chelsea for most of this season and the last. So, it comes as no surprise that what the pair of them will do next should intrigue us.

Spencer was, of course, very quick off the mark - we imagine he waited a few hours before texting every girl's favourite, Lucy Watson.

In the spirit of bros before h*es (unless the bro actually cares in which case, get over it), Spencer had a little chat with Jamie Laing, whose dislike of dark-haired Lucy had not dissipated at all.

Jamie's warning of the apparent lunacy of the girl - outlining how many different guys she'd liked and then gone-off - sounded suspiciously like one that could be applied to Jamie himself (if we swapped some of the names).

Now entirely ensconced in Tara, Jamie has conveniently forgotten his past behaviour.

Though new mate Phoebe Lettice tactfully told him later that she thought he "probably did" kiss Lucy in Verbier. 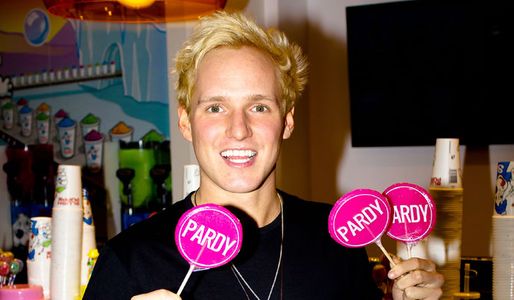 Back to the Spouise fall out: While Spencer made his bee-line for Lucy, Louise was quietly recovering from an entire week away from her lying, cheating ex-boyfriend.

It all got too much during a chat with Binky and true to form, she cried into her lunch.

Binky has an idea of how she can get over it - remember the guy who had a slightly absurd crush on her last series?

Well, the lovely Andy Jordan is theoretically still single and with so much in common it seems only right they should hang out.

Fast forward to Fran's burlesque birthday; despite going on a date and a half with show newbie Fran Newman-Young, Andy seemed perfectly happy to spend the evening with Louise.

Sat a few metres away, Fran could hardly miss the nostril-flaring flirtation that got well underway.

Granted, they were only talking, but the birthday girl didn't seem too happy about the whole thing.

Possibly because she had asked Andy what the situation was between him and Louise and his response had simply been: "Nothing!"

To which she responded: "That's reassuring...As long as you're honest with me."

This made for some super awkward viewing when Louise wanted to make sure she appeared as unlike Lucy Watson as possible - so she checked with Andy about his single status.

Andy assured her that things weren't going anywhere with Fran...mere moments before Fran sat down and pointedly remarked that "guys can be ar*eholes".

Yes Andy, she was talking about you.

And over in Spencer and Lucy's corner, an ostentatious date at a champagne bar via a Bentley got stepped up a notch when Spencer presented his new lady with tickets to Paris.

We're guessing she'd claim to be unsweepable, but Miss Watson looked pretty knocked off her feet by shearling jacket and pashmina toting Spennie.

In the words of Andy Jordan: "Are you crazy?!"

Elsewhere in Chelsea, another relationship appeared to be blossoming between Mr and Mrs Fashion, otherwise known as Proudlock and Phoebe.

The edgy contingent of the Kensington crowd couldn't help but see how much they also had in common - "we're both in fashion."

We would never have matched those two up!

As these two were looking into one another's trendy eyes, there was one couple who were going from bad to worse as we learnt just how bad Ollie Locke is in bed.

Saves us some money buying his book Laid In Chelsea then...

His relationship with Ashley James has seemed on the rocks ever since she learnt he's bisexual, but it turns out it's him who is struggling - in the bedroom.

Telling it like it is, Binky kindly informed him that he probably just didn't fancy her that much.

The chat that followed, with the aide of Ollie's best pal Oscar, did not go well.

Not another ground breaker from MIC there either.

Overall there weren't really any of the surprises or outrageous Spencerisms of the past couple of weeks, but there were certainly still plenty of things to say during the ad-breaks - so we were still loving it!